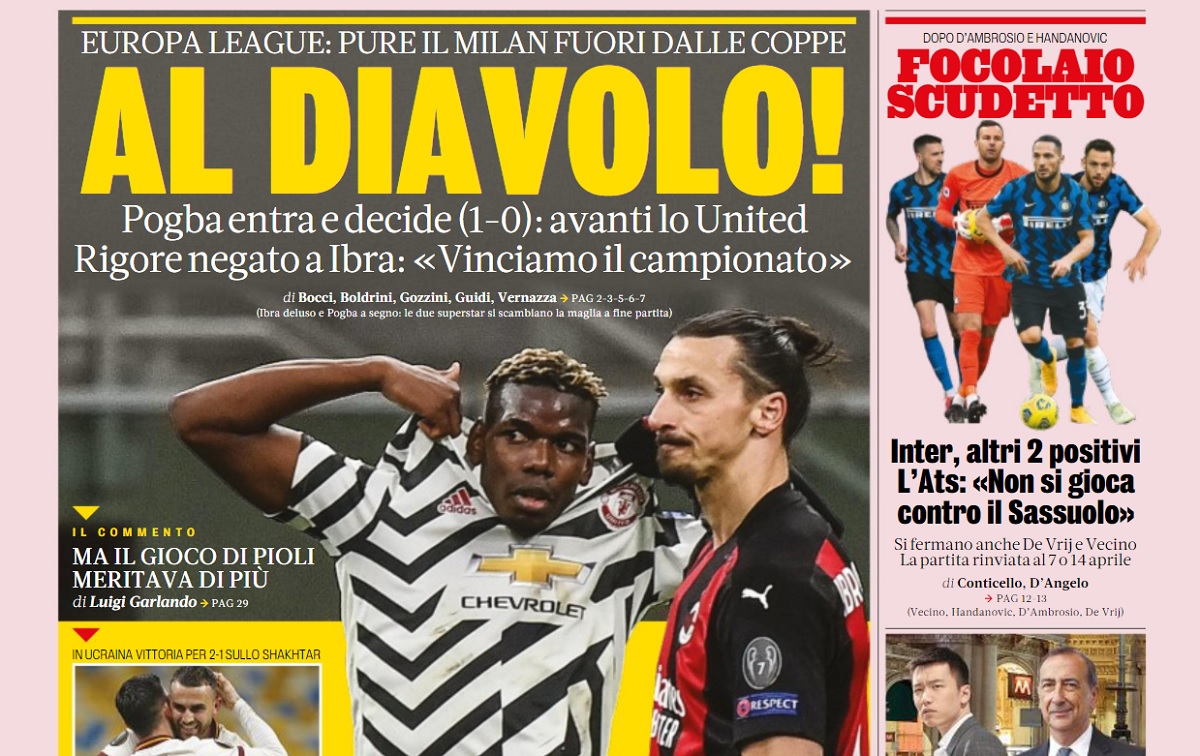 Gallery: ‘The Devil is Pogba’, ‘Ibrahimovic not enough’ – Italian papers react to loss against Man Utd

The Italian papers have had their say on AC Milan’s Europa League exit at the hands of Manchester United last night.

Milan were the better team over the two legs, earning a 1-1 draw at Old Trafford in the first game but succumbing to a 1-0 defeat in the return fixture as Paul Pogba’s goal early in the second half proved to be decisive. Injuries hurt Milan, who now must focus on a top four spot.

La Gazzetta dello Sport went with: “What the Devil! Europa League: Milan out of the cups too. Pogba comes on and is decisive (1-0): United go through. Penalty denied to Ibra: ‘We’ll win the league’.” 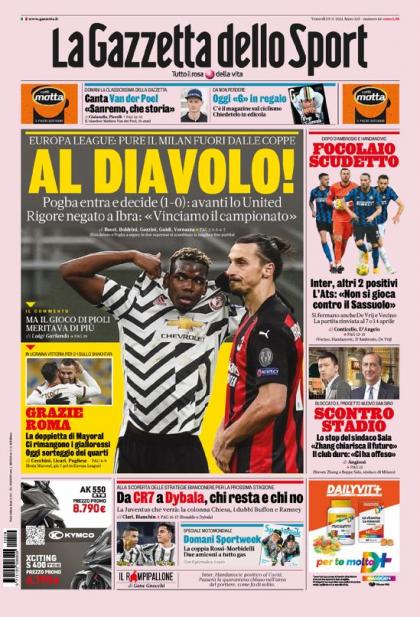 Tuttosport: “The Devil is Pogba. Roma, you are Italy! Milan eliminated: Frenchman comes on and seals 1-0 for United, who enter the Europa League quarter-finals.” 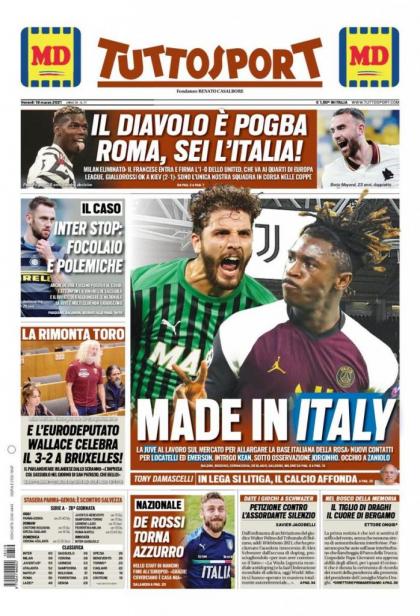 Il Corriere dello Sport: “Milan eliminated by United, just the Giallorossi in Europe. Pogba comes on after the break and wipes out the Rossoneri dreams. Ibrahimovic is not enough.” 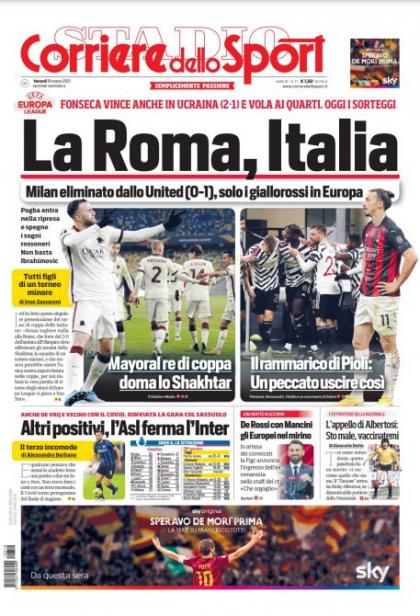