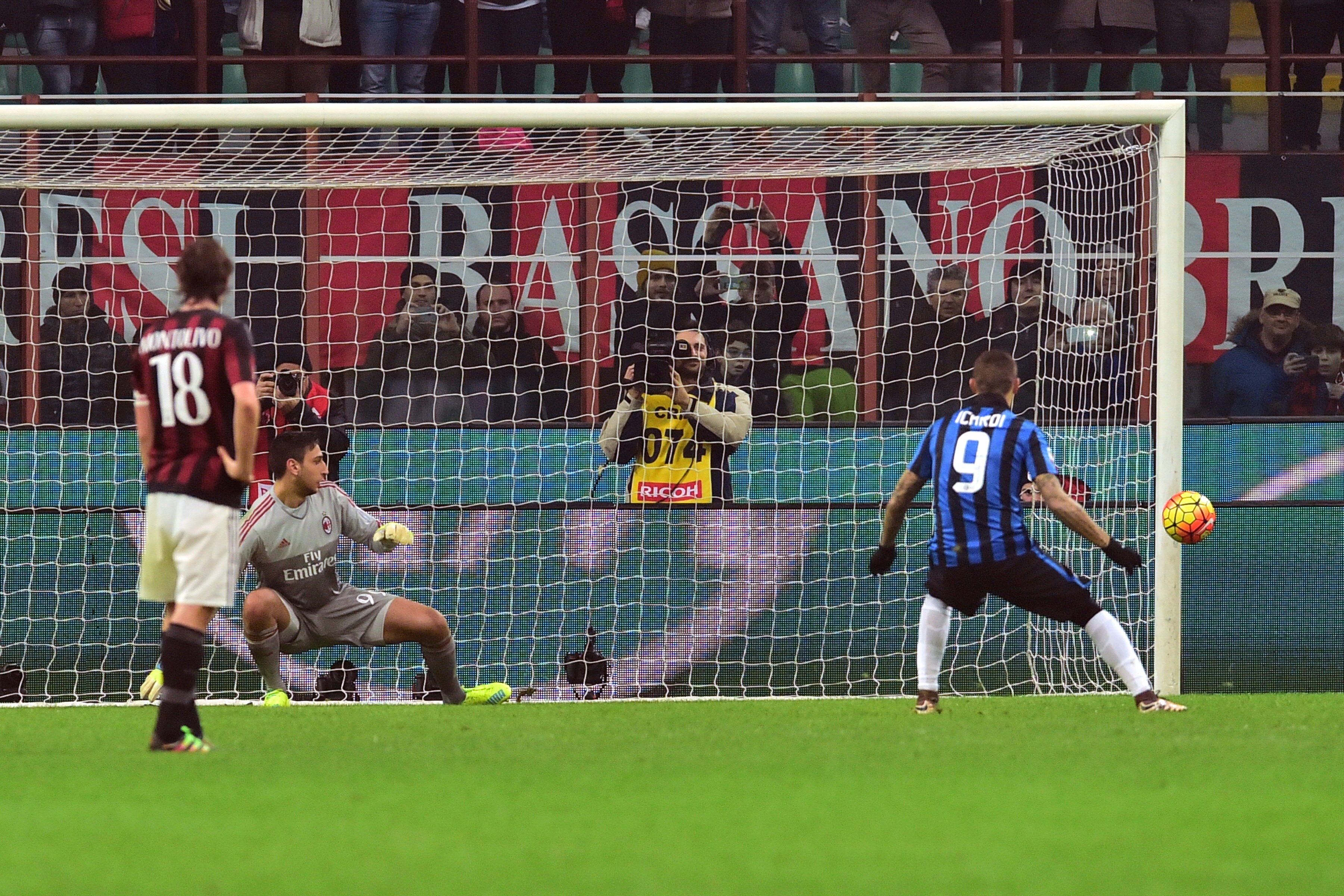 With the Milano derby coming up, we thought we’d choose our top five images from AC Milan last encounter with Inter, in which the Rossoneri won by 3-0.

[ngg_images source=”galleries” container_ids=”2″ sortorder=”14,12,13,11,15″ display_type=”photocrati-nextgen_basic_imagebrowser” ajax_pagination=”0″ order_by=”sortorder” order_direction=”ASC” returns=”included” maximum_entity_count=”500″]Milanisti around the globe will not forgot that night at San Siro in a hurry. After losing 1-0 to the Nerazzurri earlier in the season despite a dominant performance, it was time for revenge.

A game that started with the “visitors” Inter creating dangerous chances before Alex leapt like a salmon to power home a Keisuke Honda, similar to the tifo displaying Mark Hateley doing the same in another important derby win.

From when Inter talisman Mauro Icardi missed the penalty, the wheels fell off for Roberto Mancini’s side.

Carlos Bacca added the second goal for Milan as he stabbed home a pin-point cross from M’Baye Niang, before the Frenchman got on the scoresheet himself, smashing home Giacomo Bonaventura’s feed at the second attempt.

In truth, it was one of the (if not the most) bright spots under Sinisa Mihajlovic’s tenure in what has been a difficult recent period for the Rossoneri.

Still, a win against your biggest rivals is always worth a look back on, right?