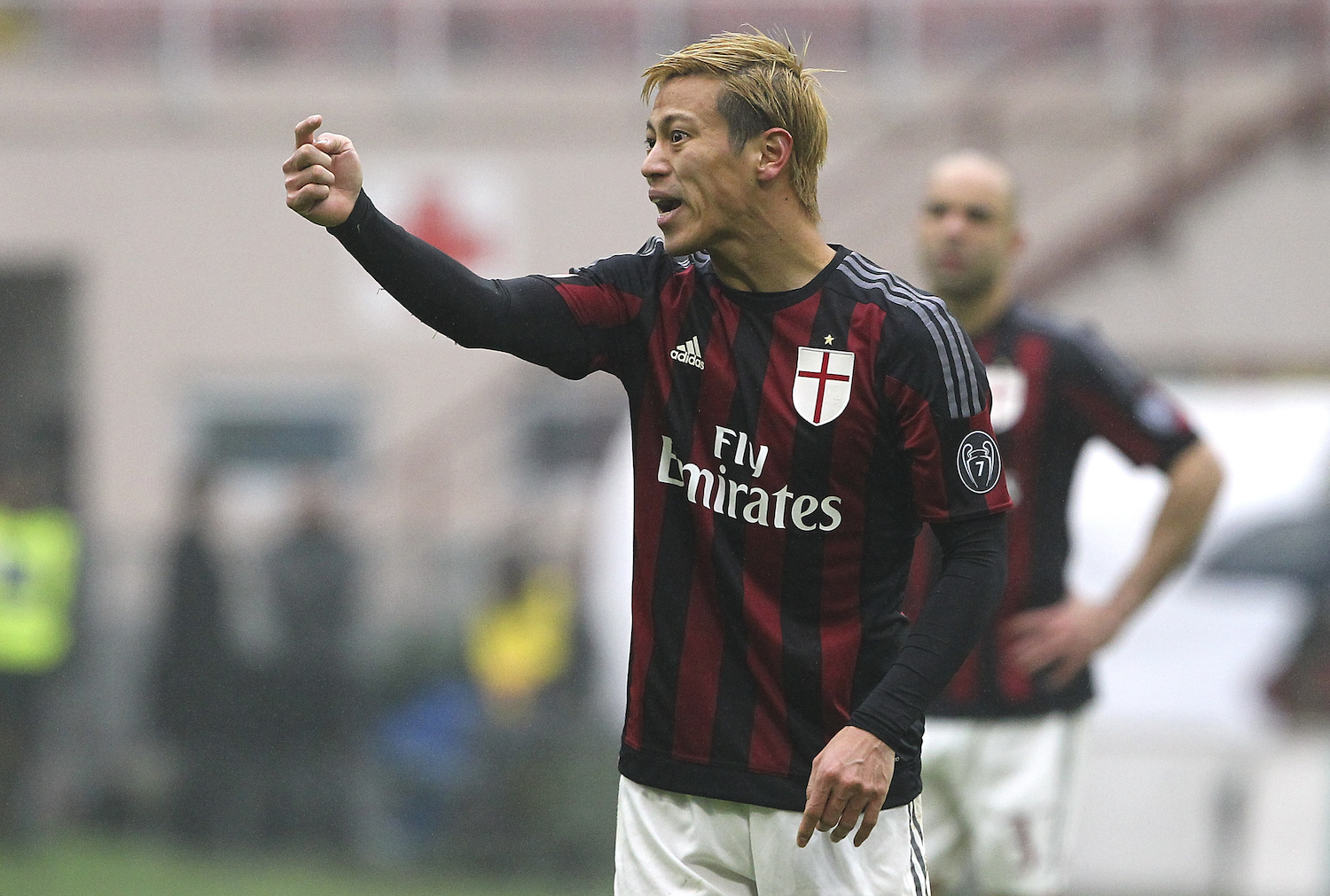 AC Milan have put on hold all big transfer negotiations as the club’s chiefs are in talks to sell a majority share to a Chinese consortium.

Said that, Adriano Galliani is talking to some of the players who are already part of the team and Japanese star Keisuke Honda is one of those. The 29-year-old midfielder will see his contract expiring in June 2017 and the club’s CEO believes that he can play a vital role in the rossoneri’s future.

According to today’s edition of Il Corriere dello Sport, Galliani has asked the player’s agent and brother Hiro not to accept any offer coming from the Premier League and wait for a meeting with the club that is willing to extend Honda’s stay at the San Siro until 2020.

Galliani thinks that such a versatile midfielder as Honda could be very helpful for whoever will be the next Milan coach and that his figure will attract even more investors from the Far East.