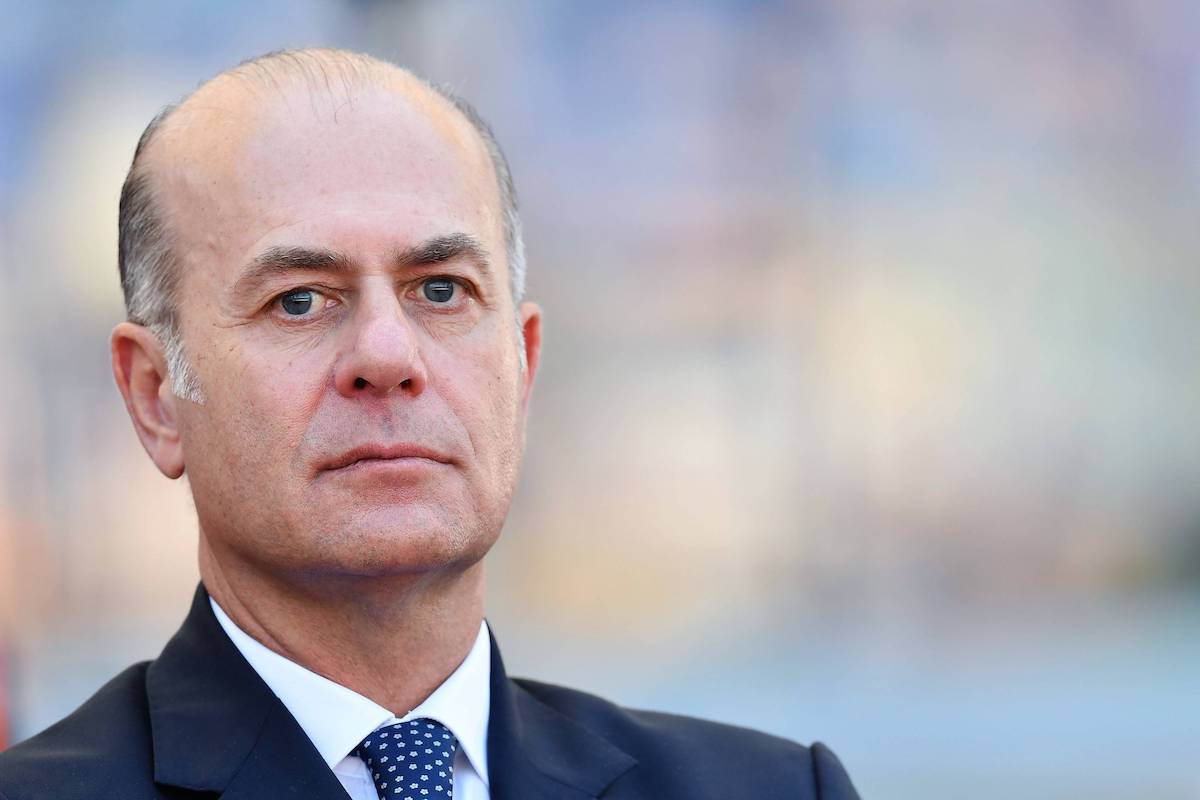 Former AC Milan director Umberto Gandini has lifted the lid on his time at the club including the interesting vision that Silvio Berlusconi had in mind.

It would be fair to label Gandini as one of the most respected directors in Italian football as he spent over 20 years working with the Rossoneri, and he was also the Vice President of the European Club Association, before recently resigning to take over as CEO of AS Roma.

Gandini spoke to MilanNews and discussed his past with the club and also the present, beginning with how he feels Stefano Pioli’s current group are performing.

“I was not expecting it even if evidently last season’s growing finale made us think. I didn’t expect it not because I didn’t have faith in the structure of the team or the company but because I thought they were a little behind in building a team that could compete at these levels,” he said.

“What pleased me most is the fact that the Pioli effect continued, which contributed to the growth of a cohesive and united team group, around the coach and Ibrahimovic. The team became aware and won important matches. He has stood up to titled formations for a long period of the championship and is in an enviable position.”

Among the key figures at Milan is technical director Paolo Maldini, and Gandini believes that he and Massara have formed an excellent team.

“He started a journey with Leonardo a few years ago and returned to football after many years, in another role. He took those steps forward that helped him to share his qualities which, up to that moment, he had not yet had the opportunity to demonstrate. These qualities, in my humble opinion, have been excellently complemented and supported by the work of Ricky Massara, a highly trained and competent manager.”

Maldini, Gazidis and the Rossoneri management have faced the obstacle of Financial Fair Play in recent years, something the ex-Roma chief believes it is not really fit for purpose.

“I would wait to say that the Financial Fair Play structure has been set aside because, so far, only a few media rumours have arrived. Until now, FFP has had the important result of reducing the debt of the system by 90-95% which, when it was launched, was really heavy.

“It then had a distorting effect, which in my opinion was predictable, of crystallising positions. By entering into a break-even logic and to ‘spend only what you generate’, obviously those who had the largest turnover continued to dominate from a sporting point of view and widen the gap.

“The end result is that you have removed the possibility of growth for those clubs that, by changing ownership or management, they could become competitive and it crystallised the position of the usual suspects who became bigger. This effect was seen almost immediately and has not been able, over the years, to be reduced. With Rummenigge we had tried a small reform to help the historic clubs to make a comeback but basically the basic rules of FFP were in force until the arrival of the pandemic which, inevitably, changed the cards on the table.”

Another thorny chapter that has been taking place for months now is that relating to the stadium issue.

On the issue, Gandini said: “I absolutely agree with it because the story says that such a system can work and current technology allows, in a few seconds, that a system can change its facade in a few seconds. It was a project that at the time of Moratti’s presidency we had evaluated together, that is a modernisation of the San Siro that we then failed to realise for a number of reasons.

“A new stadium is extremely important not only for the economic and sporting growth of the two clubs but above all for the growth of the Italian football system. A new system, new experiences and the possibility of a new entertainment for today’s audience, which has changed, is fundamental.”

A recent study by YouGov defines AC Milan as the strongest Italian sports brand in the Chinese and American market, something Gandini believes is a product of hard work on and off the field.

“I am not surprised because the work done both on and off the pitch that I know and of which I was a part has taken root over time. It is a confirmation of how important the Milan brand is in the world. It is fair to remember that it has had difficulties in recent years and thanks to the competitiveness found in recent months it has managed to make a comeback. It is clear that it is a similar discourse to the question of whether the chicken or the egg was born first, the Milan example demonstrates that sporting success is fundamental for the commercial value of the brand.”

Zlatan Ibrahimovic is still at the helm of Milan after a love story born 11 years ago when Gandini was at the club, and he is not surprised that the Swede is still so decisive.

“The simplest thing to say is just look at his resume. Zlatan had won leagues and titles in all the teams and in all the countries where he had played. Apart from its more than well-known technical characteristics, his personality had captivated us. The ability to build around himself, to improve his performance and that of the team.

“Over the years he has changed his character making him even more decisive, in a different way than the one seen in 2010-11. The pity was that we tried to sign him when he left Juventus. In that circumstance he counted that, coming from Calciopoli, we had to qualify for the preliminary against Red Star and the delays in the calendar that had led us to wait at least for the first leg, led to an agreement between Ibrahimovic and Inter.”

Gandini also held a role at Italian Legabasket, and he offered an interesting background on how Milan could have become a multi-sport empire like Bayern Munich, Barça and Real Madrid.

“When we were at Milan, especially in the wake of the Real Madrid and Barcelona sports club, with Berlusconi we thought of building a model using the base of the Mediolanum sport group which had the ice hockey, volleyball, rugby and baseball team and who worked as satellites of the Milan group.

“At that time the times were not ripe and the experiment was not particularly successful even if with the resources of a great property like Milan, the teams of other sports have achieved important national titles. I believe that sports clubs must be born with a sports and social fabric rooted in time, just like Barcelona or the examples cited: a sports club with multidisciplinary associations and a leading team.”

When asked to provide three adjectives that represented what Milan meant to him, Gandini said: “A family, an experience and success. One thing I like to say is that the values ​​and sharing of the project that I have lived, the desire to excel and the management of defeats are unique experiences.

“During the period in which I worked for Milan, I experienced 6 Champions League finals: we won three and we lost three. It is not something that usually happens. This series of values ​​that have been cemented and with the foresight of managers like Galliani and Braida has turned into the formation of great teams.”

And finally, a best XI: “This is an interesting question. I am necessarily linked to a certain period of our Milan. In goal then Dida. In front of him Maldini and Nesta central while on the outside Serginho and Cafu. In midfield Pirlo and alongside him Gattuso and Seedorf. Clarence made a difference. When he played the role with his qualities, Milan never lost, when instead he did not follow Ancelotti’s dictates, we struggled more. Ambrosini is our wild card.

“It was said that Ambrosini and Gattuso couldn’t play together but it wasn’t like that. Then the attack with Kakà, Shevchenko and Ibrahimovic. Coach? Carlo Ancelotti. In my opinion this team could have played well. A particular Christmas tree.

“The substantial difference with the Milan of the immortals and these players is that for me that Milan was already formed and I entered a bit as a guest. The Milan of Zaccheroni’s scudetto and Carletto’s epic are teams that I feel more mine and that have involved me more both in the conclusion of signings and agreements. I can think of many other incredible players like Rui Costa, Stam, Crespo, Rivaldo or Ronaldinho, players to whom I am very attached.”