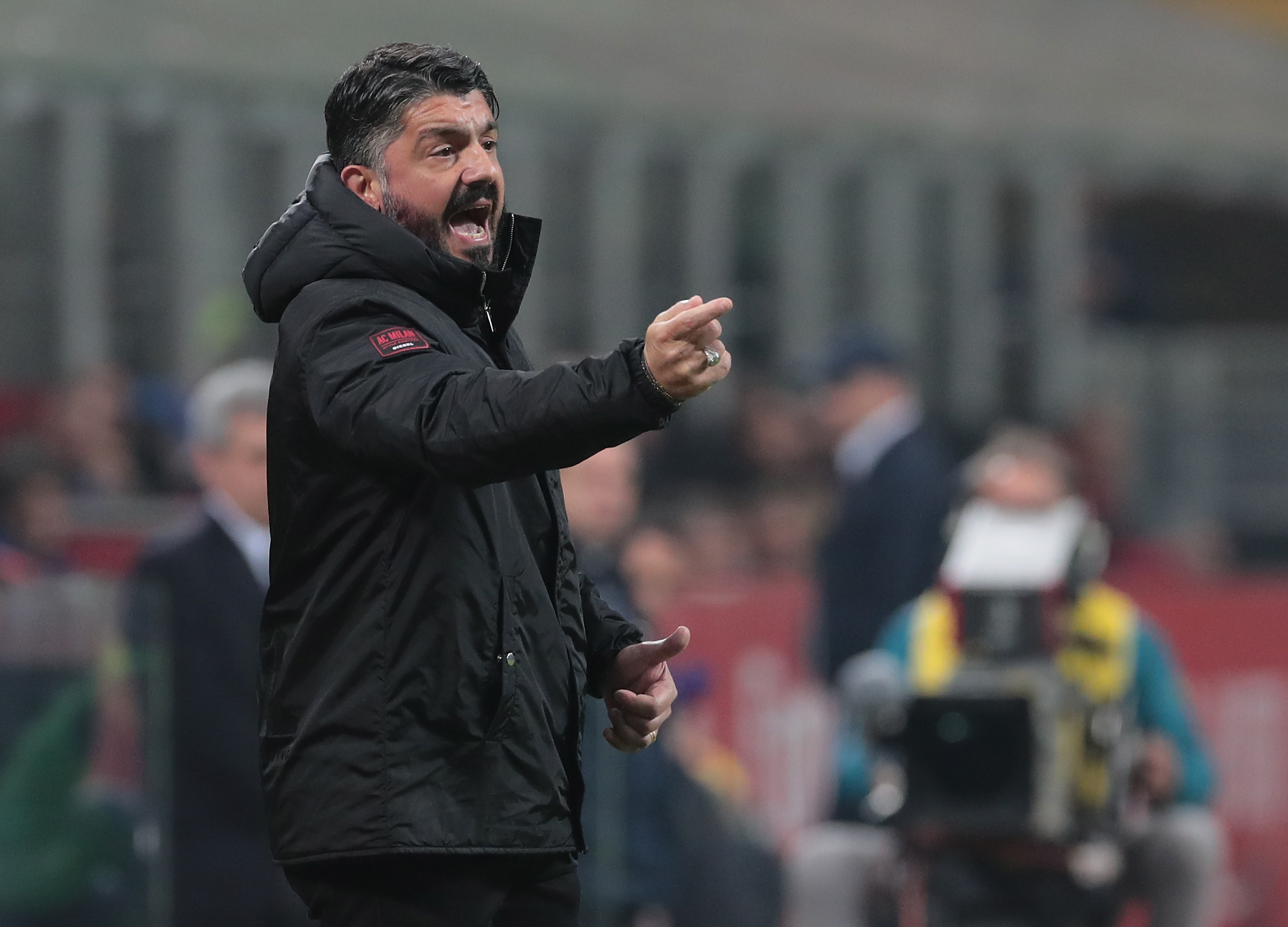 Gattuso: “I didn’t like the first half performance, but things improved considerably”

AC Milan boss Gennaro Gattuso was much happier with his side’s second half performance than their first 45 minutes during Friday’s 3-0 win over Empoli.

Piatek, Kessie and Castillejo were on the scoresheet on Friday evening as the Rossoneri moved within a point of third place following a comfortable 3-0 win over Empoli.

“Paqueta only trained once this week, as he had flu. Tiemoue Bakayoko wasn’t well either and wasn’t meant to play,” the Coach told Sky Sport Italia.

“I didn’t like the first half performance, as we were moving the ball around with no impact, we at most tickled Empoli rather than hurt them. I got very angry, as we were almost caught on the counter with both full-backs pushing up and that must not happen.

“We moved much better after the break and things improved considerably.

“We must get the crowd on our side and the only way to do that is by fighting for every ball. There are 13 rounds left, we must take it one game at a time and not look at the table.

“People ask about pressure, but the moment you pull on the Milan jersey or step into San Siro, that is pressure. It’s true, Milan haven’t been challenging for the top four at this stage of the season for a while, but we are here and want to go all the way.”

Bakayoko has had a huge resurgence in form since he was booed by the San Siro crowd shortly after his arrival on loan from Chelsea.

“Football is great because it’s not life. In life, you do something stupid, it can take years to make up for it. In football you play every three days and have the chance to turn things around straight away,” said Gattuso.

“Piatek has scored regularly and the credit also goes to his teammates, who put him in the right condition to score.”

Piatek and Paqueta have both made huge impacts since their respective arrivals at the club in January but it has meant a reduction in playing time for other squad members, namely Patrick Cutrone.

“Being grumpy at not playing is part of the job,” Gattuso continued.

“If I see someone who is constantly on the bench smiling and laughing, then that’s no good either.

“What I am after is respect. Respect and consistency, as hard work during the week is the only way to earn your place. You need to ensure you are ready and impress when called upon.

“The important thing is to be honest and clear. We look each other in the eyes and speak clearly.

“I was not at all pleased with my team for a while. We didn’t fill the penalty area effectively, we moved the ball too slowly and didn’t have the right movements. I was the first to take the blame, it was primarily my fault.

“I can’t promise anything to anyone. All I can say is this is a very young team with some very interesting players.

“We have to create some momentum and this win is a great example, because it was not easy in the circumstances and to step up several gears after such a poor first half. It bodes well.”