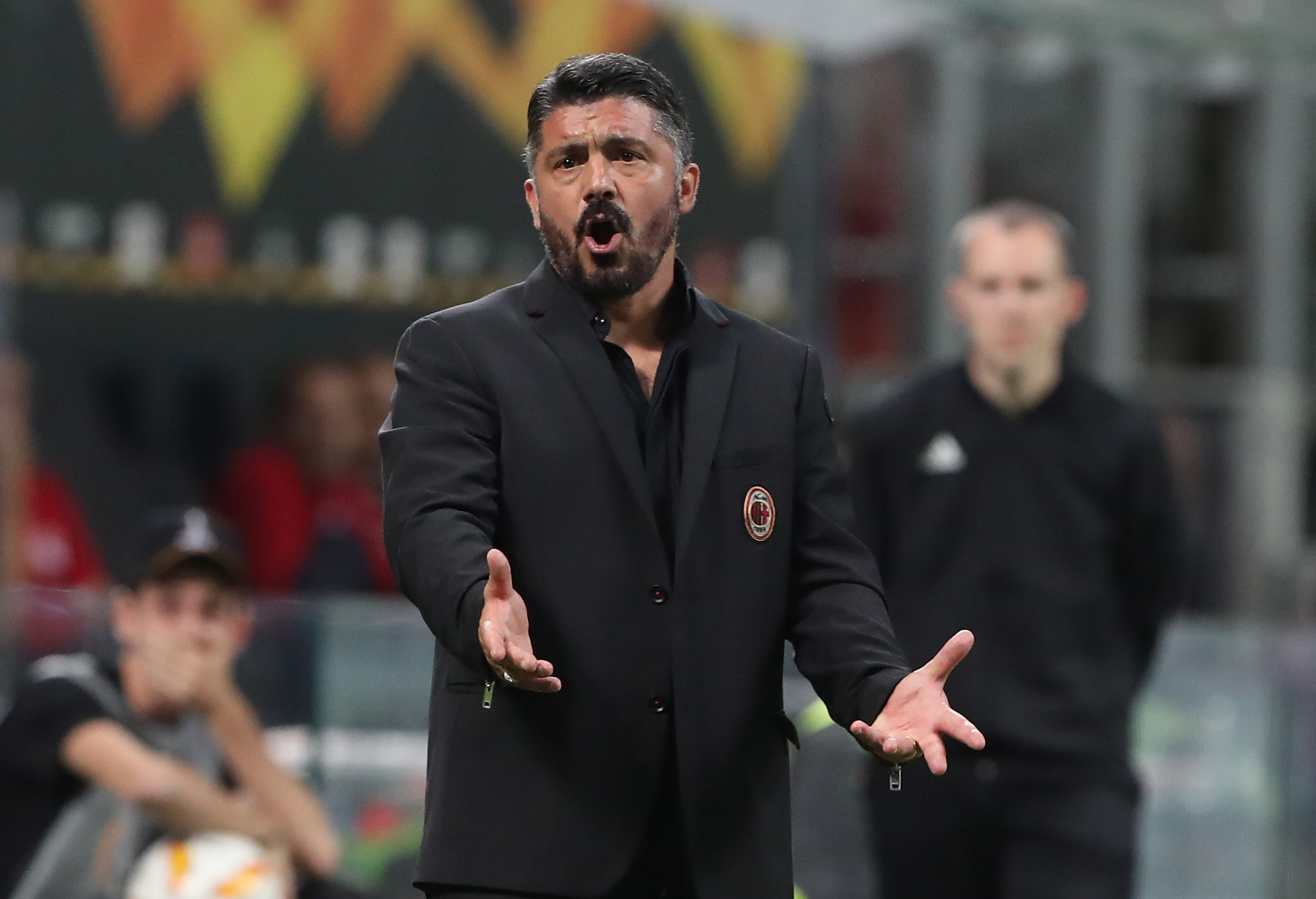 Gattuso: “I’m happy with the result, Higuain needed someone in attack”

After Milan’s 3-1 win over Olympiacos, Gennaro Gattuso spoke to Sky Italia about the game in general.

On Cutrone: “Patrick played against Empoli ankle problems. He is not 100%, as he takes painkillers. He was much appreciated in the locker room, as he is good for the group.”

On the game: “I’m satisfied with the result, but we could have understood the game better. We have to improve in the midfield, as we lost the ball way too much. We tried the 4-2-2, but I’m not fully satisfied with the non-possession phase.”

On Calhanoglu: “Hakan needs to make use of his confidence, to be calmer. He is a guy who cares a lot, sometimes he thinks too much, it is his problem, we need to find the best Calhanoglu.”

On Higuain: “We knew he was not at his best, though he scored a great goal. We really that we would have to field another player next to him, we tried first with Castillejo then with Cutrone.”

On Ibrahimovic: “I only speak about the players at my disposal. My job is to get results and train the players I have.”

On the problems: “We have to transition better. Today, the lines of Biglia and Bakayoko were too wide so many times. The defence runs backwards, the line is not perfect.”