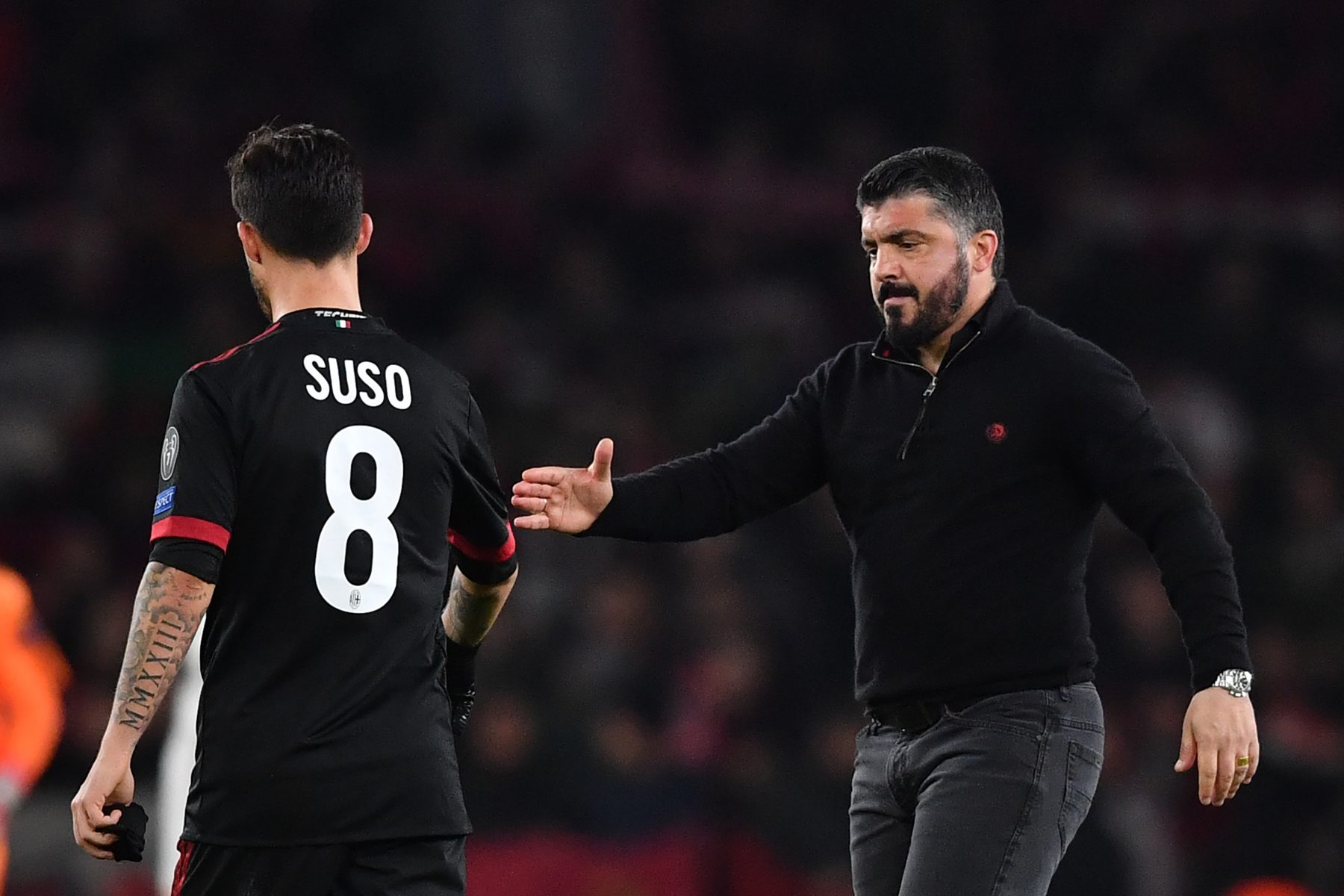 Gattuso: “I’m proud of my team, we lost the tie at San Siro, not tonight”

Gennaro Gattuso spoke to Sky Italia after his side’s defeat to Arsenal. Here’s some of what he had to say.

On the match: “I’m proud of my boys, we lost the tie at San Siro, not tonight, it makes me angry that we stopped playing at 2-1. I don’t want to talk about the referees, players also make mistakes. I’m proud of my team.”

On the current moment: “This is the path we have to take in order to grow. I repeat, I got angry after 2-1, we can’t give up and leave the pitch because when we gave up we were vulnerable.”

On the rest of the season: “We have to work with seriousness and clarity, I don’t want to have an alibi, we failed in the game at San Siro. Now we’ll focus on the upcoming challenges, we are a young team and we can do more.”

On Donnarumma: “Donnarumma has to keep his head held high, even the biggest goalkeepers have committed mistakes. It’s an incident, the important thing is that he does not let himself be influenced by what happened.”