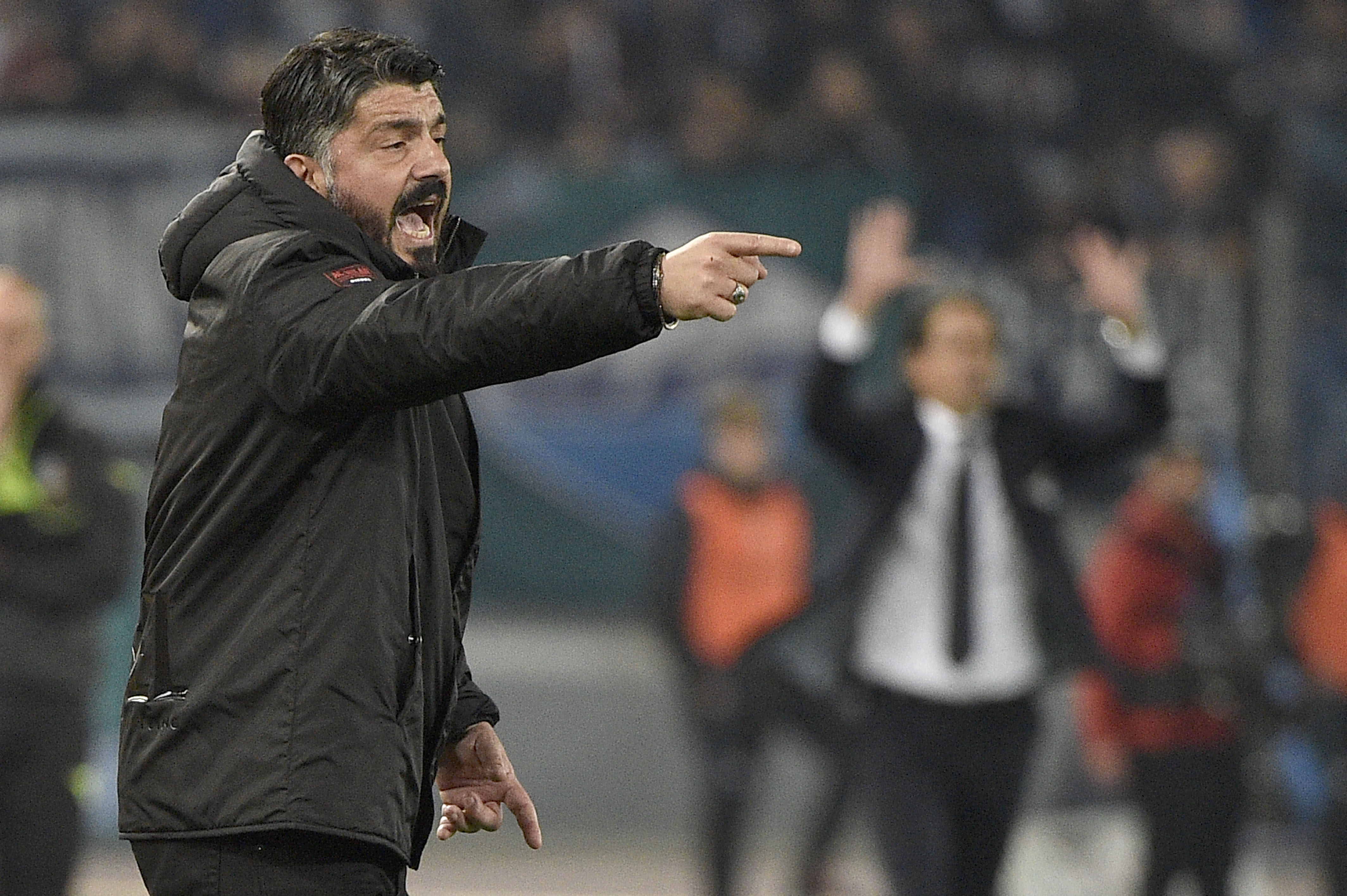 Gattuso: “It was a step back in terms of quality from recent performances”

Gennaro Gattuso has admitted that AC Milan took a step back in quality during their 0-0 Coppa Italia draw with Lazio on Tuesday night.

In a repeat of last season’s semi-final first leg the two sides drew a blank in what was a cagey encounter.

“It was a step back in terms of quality from recent performances, but we knew it would be decided over 180 minutes,” the Coach told Rai Sport, via Football Italia.

“We were up against a very physical side like Lazio who always push four or five men up, so we did very well in defence. Unfortunately, we made a lot of mistakes in the final third and gave Piatek no service at all.

“Correa was continually marking Bakayoko and we should’ve tried to go through the other midfielders, but we kept trying that central channel.

“We didn’t pass it properly, we allowed five or six dangerous counter-attacks. I don’t agree with those who said Lazio weren’t in good shape, as they have a way of acting sleepy and lowering the tempo, then hurting you.

“We could’ve done a lot better, but also you need to analyse the characteristics of the players. Diego Laxalt does not develop the play as well as Ricardo Rodriguez, he prefers to bomb forward. Fabio Borini also is not Hakan Calhanoglu, but they need to rest sometimes and it was only right that we try something different.

“Laxalt did very well in defence, as did Borini, and I appreciated the defensive performance. We just should’ve done better in the final third and developed possession differently.

“The credit goes to my lads. I’ve been fortunate to find a group of young players who believe in our work and trust us. I am just focused on working and getting the best out of them.”