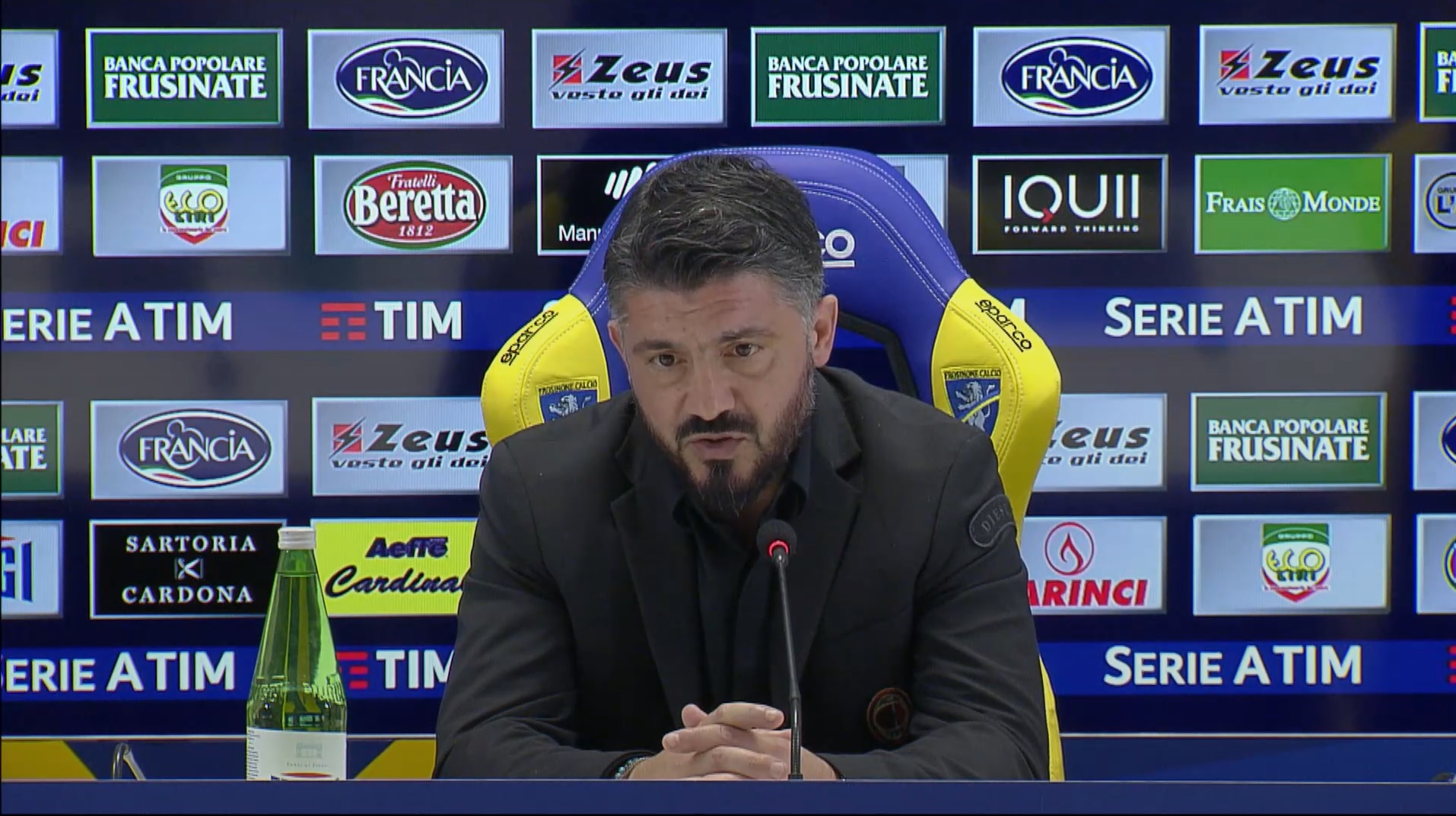 Gattuso: “My job is at risk, it’s part of the game”

Rino Gattuso spoke to Sky Italia after Milan’s frustrating 0-0 game against Frosinone on Boxing Day. Here’s what he had to say.

On the game: “For a long time of the game, we couldn’t win. The regret is the first half, we gave away the first 45 minutes to the opponents. The added on time was another game itself. The anger is how we played in the first half, I was nervous about it.”

On the problems: “It’s not a problem of self-confidence. When there’s no tranquillity, when the results don’t come, a little bit of fear takes over, the tennis player’s arm. We have to do more, to not be afraid.”

On Higuain and the missed opportunity: “When you get 3-4 half chances, you have to be lucky to get one in. We had 3-4 solid chances, and we did wrong. The first one is on me. It’s useless to give the blame, we all make mistakes.”

On his job being at risk: “It’s part of the game, I’m the coach. Now I have to try to understand why we played the first half as we did, I have to improve. But my conscience is clean.”

On the retreat to change things: “Tomorrow we’re at Milanello and the day after is a day off. Then we play on the 29th. The problem right now is to get peace, something is bothering us underneath.”

On the market: “That’s for Leonardo and Maldini. I am the coach:”