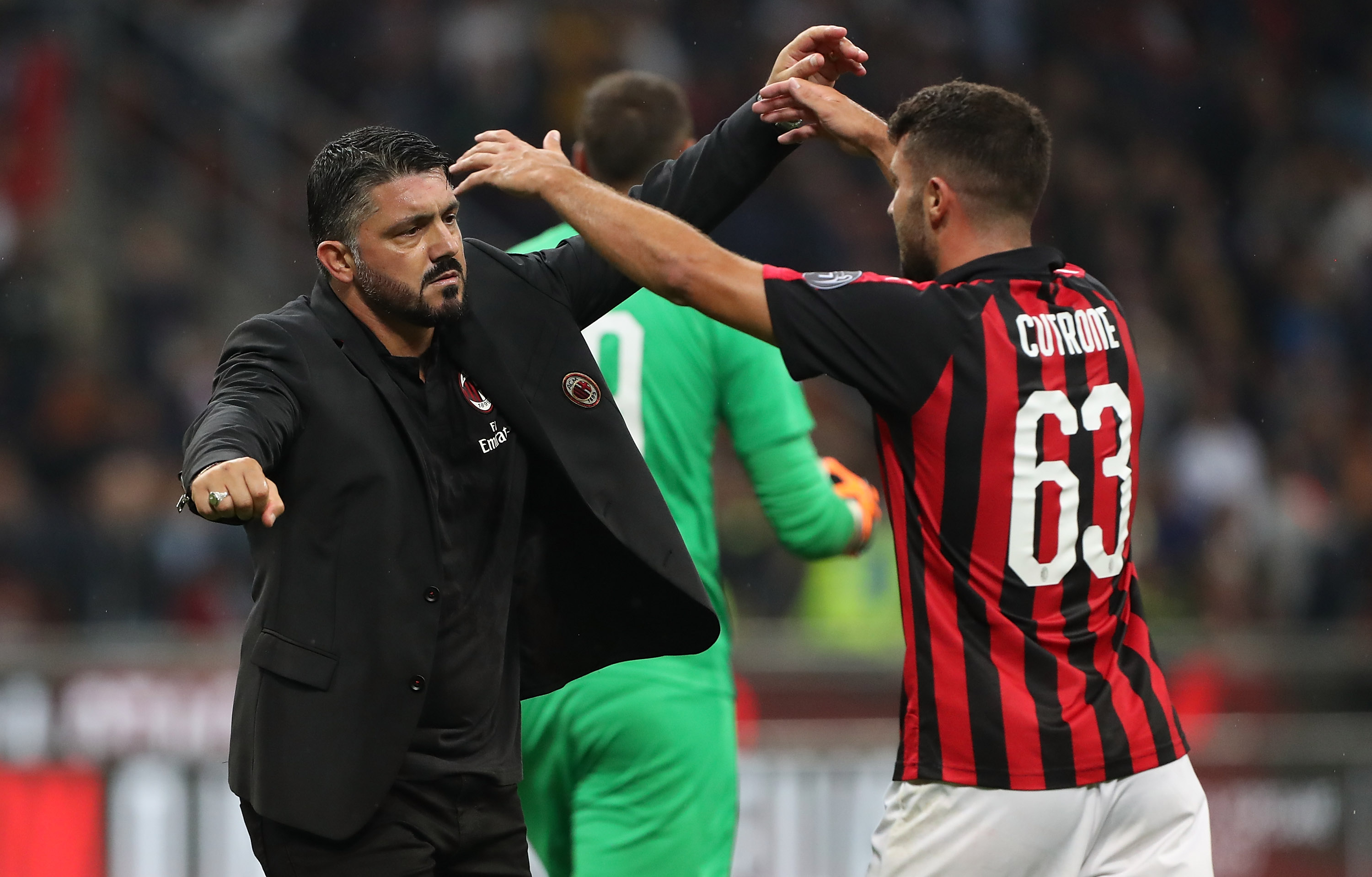 Gattuso reveals why Piatek and Cutrone cannot currently play together

Gennaro Gattuso has claimed that Krzysztof Piatek and Patrick Cutrone won’t start together for a while after AC Milan’s draw with Napoli.

Both sides missed a number of chances to break the deadlock as the Rossoneri continued their recent trend of struggling to score at home.

Milan arguably did well to keep Napoli at bay however, with their team including the likes of Lorenzo Insigne, Dries Mertens, Arkadiusz Milik and Jose Callejon.

“We played against a fantastic team and did well in the first half, even if we seemed to disappear in the final third,” Gattuso told DAZN, via Football Italia.

“Napoli are an opponent who always keep you on your toes and had all their forwards out there today. We began to get stretched out in the second half and were struggling with fatigue, but I am happy with a good point.

“If we made fewer mistakes, we’d create a lot more chances. We often lose our way in the final third, getting the final ball wrong, and that is a real regret. We are working on it in training a great deal.”

Piatek was introduced for the last 20 minutes as he came on for Cutrone, but Gattuso doesn’t have any plans to use both strikers together any time soon.

“Yes [they could play together], but not right now. I don’t like getting pinned back with a line of four in midfield, otherwise you risk losing too much ground.

“For now, they won’t play together, because it’s an issue of balancing the team. When we did use two strikers, we were too unbalanced, so I won’t do that for now.”