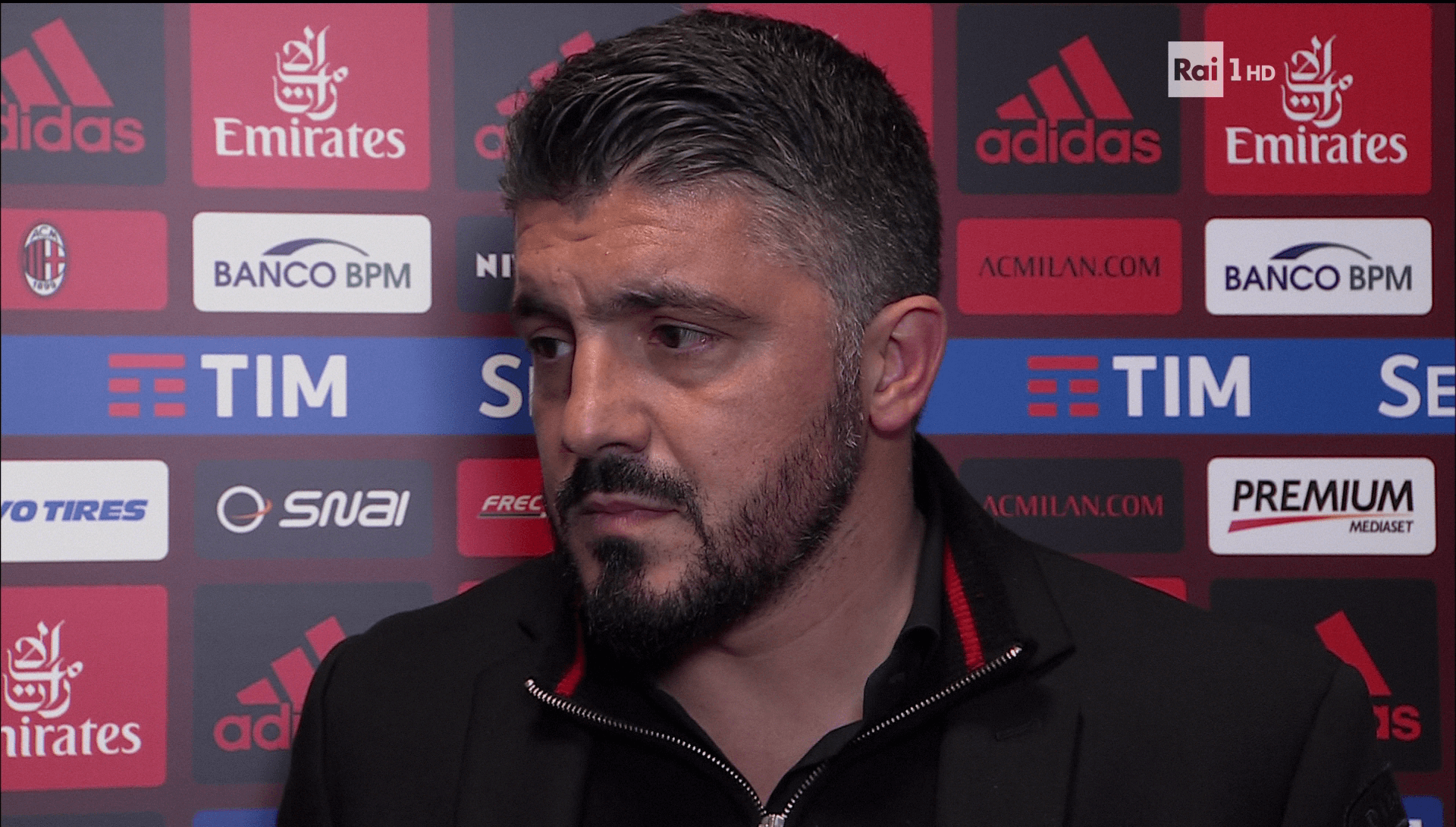 Gattuso: “Second half was much better, Calhanoglu is bitter”

Milan manager Gennaro Gattuso spoke with Italian TV broadcasting company RAI after the Rossoneri’s 0-0 draw against Lazio in the Coppa Italia semi-finals on Wednesday evening. Here’s what he had to say:

“Bad first half, much better in the second half. Calhanoglu was bitter.”

On the game: “First half we played very slow rhythm, we could not dribble. It was better in the second half, we are happy, Lazio is a great team that is difficult to face and beat.”

On the importance of not conceding a goal: “It was important because a goal scored away from home is twice as important, we did well in the first half, recovered well. Gigio made a miracle happen, but we could also have had scored a goal from Calhanoglu. Now we’re focused on the league, then we’ll prepare for the return.”

On Calhanoglu’s chance: “We were lucky too, Gigio made a miracle happen against Immobile, this is how football is, the mistakes are there, Hakan was very bitter and sad, he is looking for the goal in every way.”