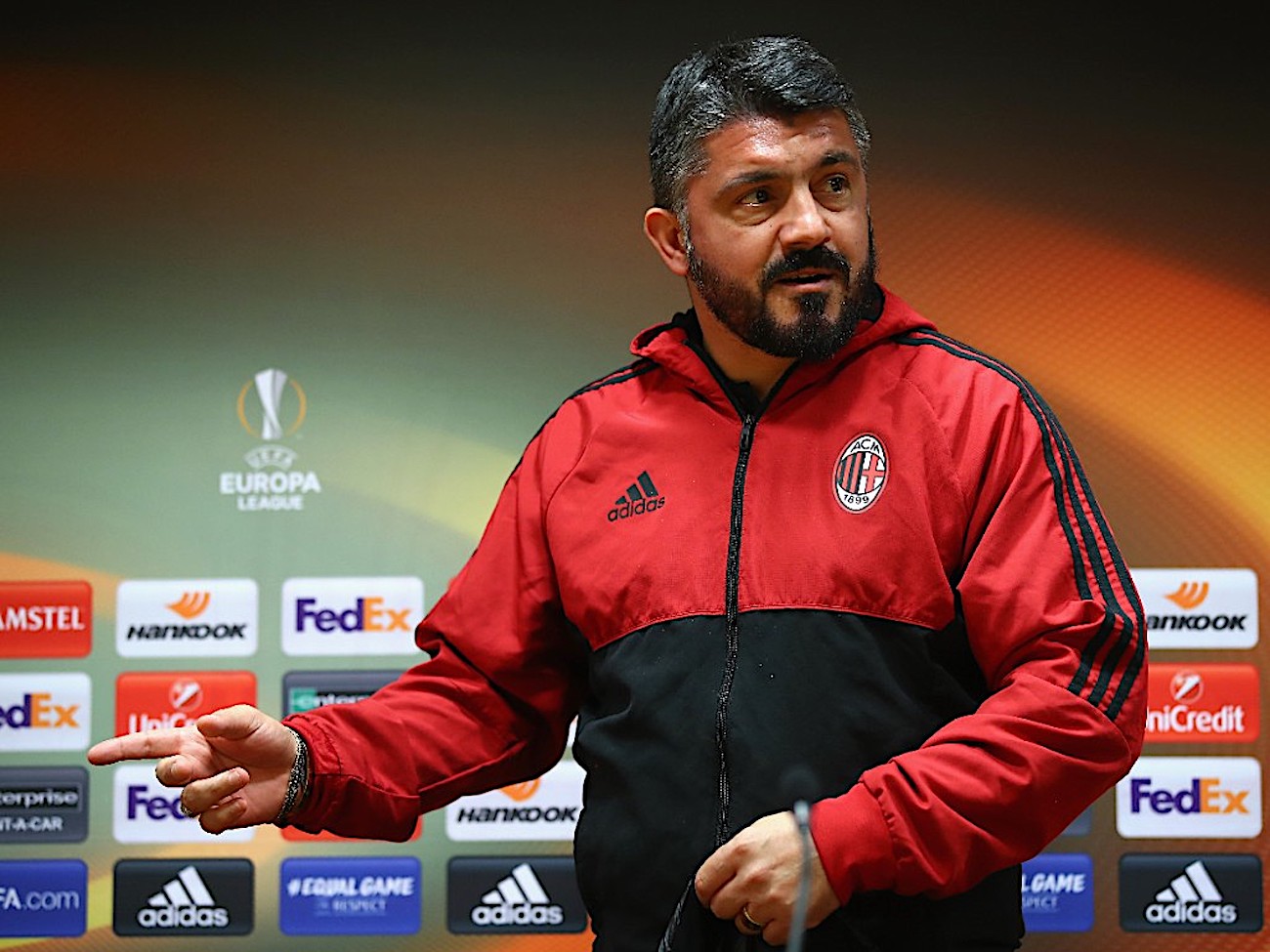 Gattuso: “Simic could start against Dudelange. My first year? It’s been tough…”

AC Milan boss Gennaro Gattuso has reflected upon his first year with the Rossoneri, insisting it has had its tough moments.

Gattuso began though by previewing Thursday’s game against Dudelange at San Siro, before analysing the recent upturn of Tiemoue Bakayoko.

“It’s a must-win game. We have to keep in my mind how much we struggled in the reverse fixture in Luxembourg. On paper, we are a better team but we must not underestimate them.

“If we don’t win tomorrow we are in trouble. We have to win at all costs, we have everything to lose.

“At first he [Bakayoko] wasn’t playing well, then he started to play with continuity and has improved. He’s feeling more confident and proving his worth.”

Milan are missing several key players due to an injury crisis, and Rino has revealed he is taking it one game at a time.

“We are missing important players but this group is stronger and everyone is ready to fight for this team. We have to continue this way, with the same enthusiasm. There are no easy games; let’s think game after game, starting from Dudelange.

“Mateo Musacchio will remove the brace tomorrow and hopefully he can resume a light run. I hope to have Romagnoli back in two weeks. As per Caldara, it’s still early. He should be back by February.

“We’ll make a few changes tomorrow. I’ll field two strikers for sure and also Simic might start in a four-man defence. Otherwise, we’ll play three at the back.”

Gattuso also discussed Giacomo Bonaventura’s surgery, which was completed on Tuesday and could see him miss nine months.

“I spoke with him yesterday. He’s staying in the USA for a month before coming back. He’d had this issue with his knee for a while but he bit the bullet and we have to thank him for this. It was a very serious surgery.”

Finally, the coach reflected on one year at the helm with Milan, admitting it has been a rollercoaster ride.

“It’s been a tough year, with some difficult moments but the relationship I have with my players is amazing, there’s an incredible atmosphere at Milanello. The secret is the sense of belonging to this club.”