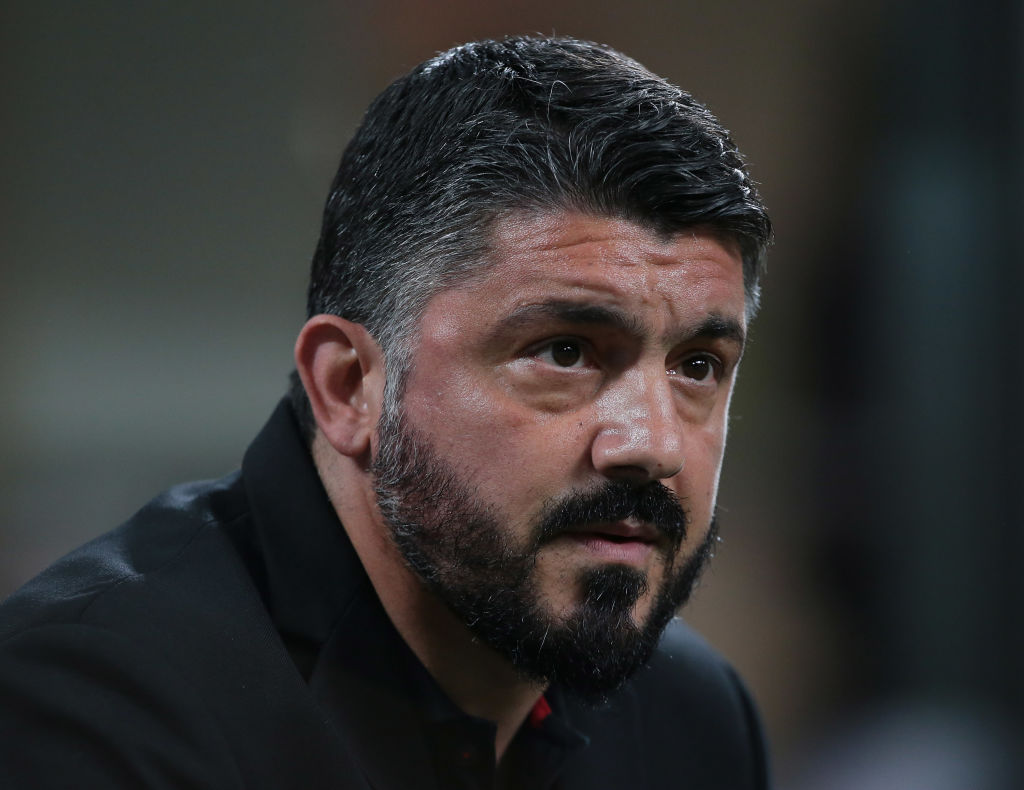 AC Milan boss Gennaro Gattuso was typically blunt in his criticism of his side as they lost 1-0 to bottom-placed Benevento at San Siro.

Pietro Iemello got the only goal in the first half, capitalising on slack marking to slot under Gianluigi Donnarumma.

Despite a man advantage for the final 10 minutes, Milan could not get level, and suffered a huge blow in their quest to finish in the Europa League places.

“It’s clear to see the team is on a downward spiral. When you play without soul, you get embarrassed like this,” Gattuso told Mediaset Premium.

“I am the first man responsible, but when we analyse the game later, the alibis will fall apart. When you play against a team like Benevento, who do play good football even if they are bottom of the table, we can’t play with no determination or soul.

“It doesn’t matter if we play with two, three or four strikers, because we don’t have the psychological strength or the vehemence to do anything. We basically tickle the opposition, we don’t hurt them.

“We have to apologise to the fans, because we wear a prestigious jersey and we can’t have embarrassing nights like this.

“You could tell we just interpreted the moves completely wrong. Cutrone went wide, because we couldn’t find spaces. During the week there are good signals in training, but then the moment the first obstacle arrives in a match situation, we can’t react. We are empty.

“I can’t come here and say things that aren’t true. It’s obvious we are struggling. We don’t even need the opponents to do anything extraordinary to beat us.

“We go in late, sluggish, withdrawn. That is our problem. We can’t say there is no motivation, because we are still in the fight for a Europa League place and besides all of that, we are Milan, we always have to play to win.

“You can see this is a team that isn’t calm, focused or confident. Many of these players are young and they feel the tension when they don’t score goals.”

Milan, who were previously fighting for a top four spot, now appear to have their hands full ensuring they do not finish as low as ninth.

“We used up a lot of energy this season to climb back up the table. We’re missing Hakan Calhanoglu, who has some pretty unique characteristics, but I expected to see a team trained by me to show soul. I can’t just talk about determination, because today we gave the impression we were just sitting there on the pitch and doing the bare minimum.

“We look like we’re not a team and that is what worries me the most. I feel really let down. Benevento are playing well at the moment, I warned my players that we’d have difficulties, so there’s no point feeling sad now, they should’ve thought of that earlier. It is our duty to battle for Europe and we didn’t see any of that desire or sense of belonging today.”