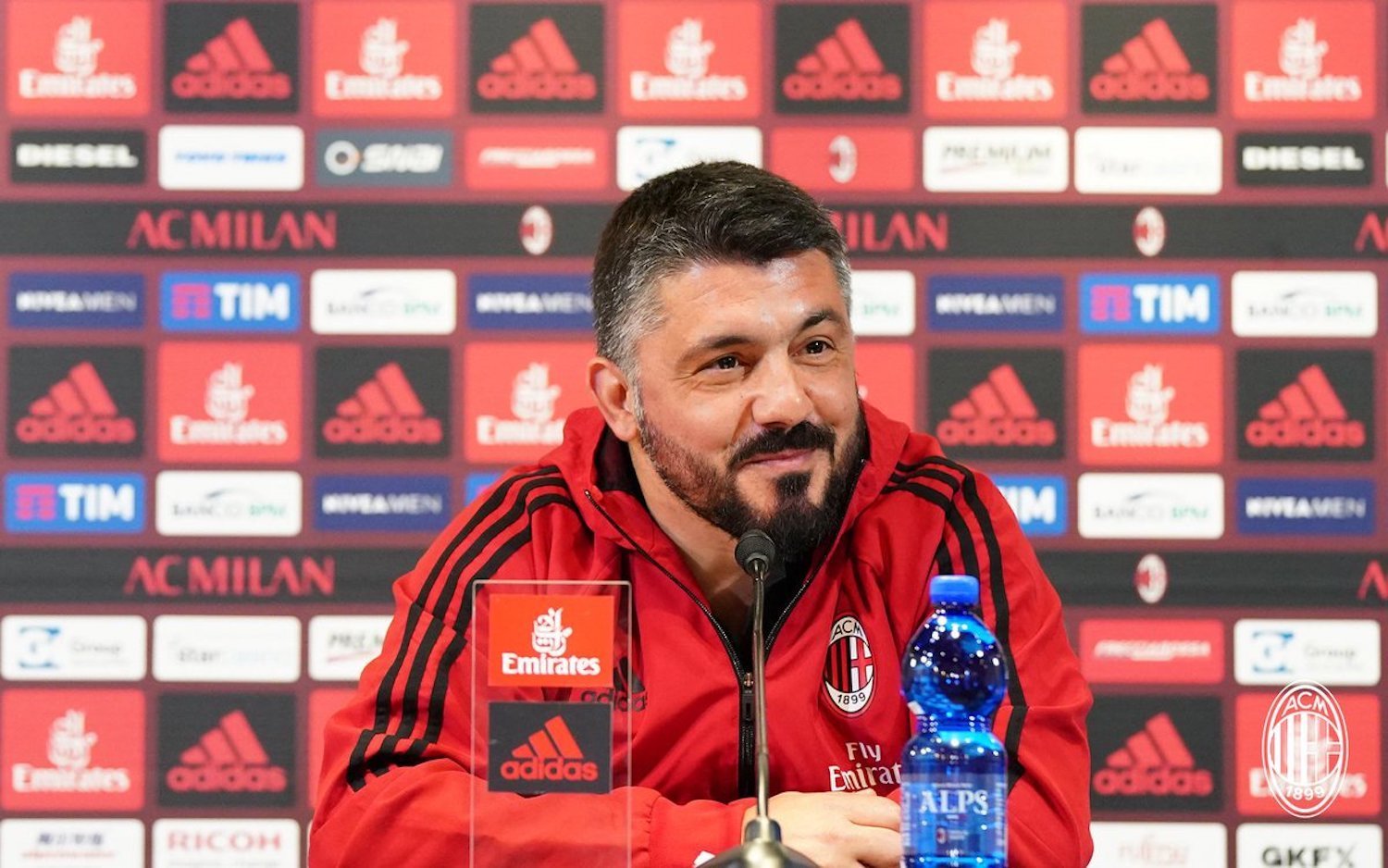 Gattuso: “Training Milan has been an honour and I want to carry on”

Gennaro Gattuso insists has admitted that qualifying for the Champions League would be the icing on the cake after a positive season.

The Rossoneri face the trip to SPAL on Sunday night knowing they must win and hope Atalanta and/or Inter drop points if they are to sneak into the top four.

“I know SPAL well, as the core of the team was already there when I was against them in Serie C,” Gattuso told reporters.

“Every year, Leonardo Semplici improves his squad and we’ve got to be wary, as they play very good football with Manuel Lazzari and Mohamed Fares on the wings particularly dangerous.

“We must do our duty, battle for the victory, and then see what happens at the final whistle,” said the Coach in his Press conference.

“At the end, I will embrace everyone, because I owe a lot to this group of players. We are missing the icing on the cake, but I have only positive words for them this season. There is a lot at stake tomorrow and we’ll fight for it together.”

Gattuso then responded to questions over his own future, hinting it is far from certain at the moment.

“Training Milan is a dream. It has been difficult and I hope to continue experiencing it. It’s been an honour and I want to carry on in this role for as long as possible.

“I said fifth place would not be a failure because if we look at the statistics, we’ve picked up more points than over the last few years. We had a lot of problems and always got through them.

“On paper, there were teams that were better equipped than us and yet we are in front of them in the table. It’s true, we wasted some opportunities, but it’s not a total write-off.

“Besides, nobody at this club has ever told me we are obliged to qualify for the Champions League. I was asked to try and that is what we are doing, going into the final round with a good chance.

“I’d do it all again, the bad and the good, because I am spontaneous and not a calculator. I’m sure I made mistakes, I am the first to want the bar raised, but it was in the moments of calm, when we should’ve been confident, that we slipped up. That’s a pity. It angers me that we needed to be woken up before we’d react.

“Considering the team we have, we’d need a little more experience and sense of responsibility. I believe that’s what we need to look for in future and I’ve said it before.”

When asked what he would sacrifice in return for a top four finish, Rino responded in good humour.

“I might shave my beard, as I’ve had that for 10 years. We’ll see. I don’t know if I’ve changed this year, other than looking a lot older. I was more furious at the start of my career and would go around punching holes in walls, but I’ve improved a lot and the players have helped me to calm down.”

Ignazio Abate and Cristian Zapata are set to leave the club this summer having not been offered new deals, something Gattuso hinted he was against.

“These decisions were made by the club and are to be respected. I was amazed by how well Abate did as a centre-back. He was fantastic in that role, even though it took us a while to convince him to try it.

“Unfortunately, we missed Hakan Calhanoglu’s quality this season, as with his ballistic capabilities, he could’ve scored seven or eight goals.

Coach Gattuso reflected on the final game of the season ahead of #SPALMilan. Here's what he had to say 🗣️👉🏻 https://t.co/PfPl32pLbL pic.twitter.com/4gd84Wgr8B

“These have been difficult months, but this is a team that is difficult to explain, above all for someone like me who played here for many years. It has been a dream to be the Coach and I hope to continue in this role for a long time.

“The thing that annoys me the most is that we made it look like 65 points with a game still to be played was normal, to be expected and just the average. I keep reading people say the squad is useless, but that’s not how I see it.

“This was not guaranteed at all. The team did all it could to stay clinging on to the Champions League places and we’ll see at the end of tomorrow’s game who is there and who climbs on to the Milan train. Trust me, if I see some of you on our train, I will kick you off it!”