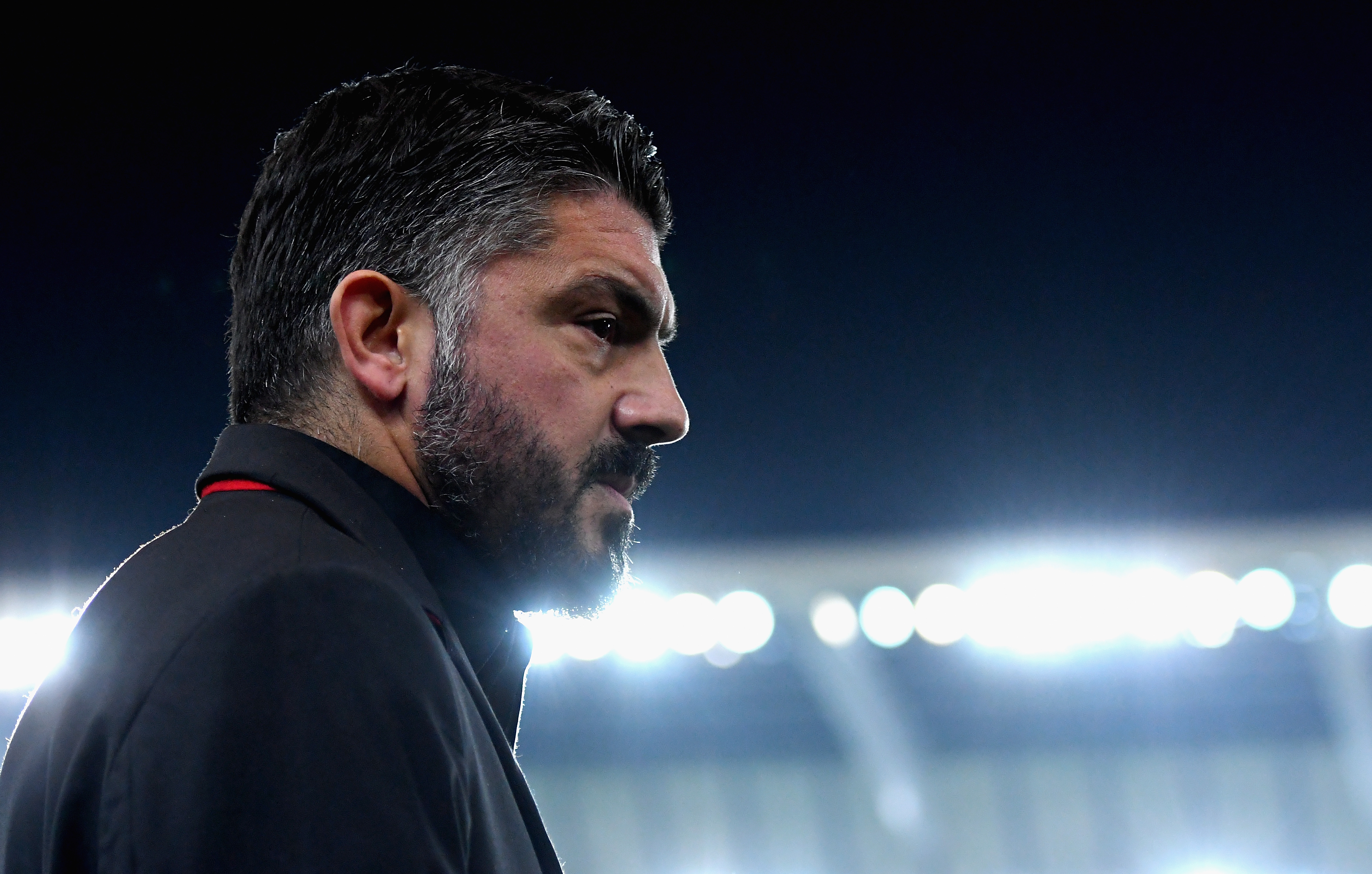 Gattuso: “We were not scared before, and we did not suddenly become good”

Gennaro Gattuso admitted he will not let his AC Milan side get carried away despite another dramatic late win.

Having lost Gonzalo Higuain to injury in the first half, it appeared that a somewhat toothless Milan side were heading for a 0-0 draw.

However, Bram Nuytinck saw red for the home side in added time, and Romagnoli made them pay by thundering a vicious strike into the top corner in the sixth minute of added minute.

Gattuso spoke to Sky Italia reporters about the win.

“The goal in the final against Inter was a needed blow, we deserved to win tonight, we suffered, we got a lot of injuries, we have to congratulate the guys.

“Udinese are a very physical side, aggressive and dangerous on set plays too. I liked our performance and attitude a great deal, so now we hope to get Pipita, Calabria, Calhanoglu and Bonaventura back soon.

“We must wade forward. We were not scared before, and we did not suddenly become good. We have to win as many points as possible, and then we will see where we will finish. When a victory arrives, you can work under less pressure.

“Higuain felt a twinge in his back. He had problems there before and surgery seven or eight years ago, but it doesn’t seem to be anything serious. I hope it’s not serious.”

Rino was sent off at the end of the game for leaving his area, but it does not sound like he will challenge the call and could be banned from the touchline for the clash against Juventus.

“I did not say anything, I only went to the assistant who had raised the flag, I was expelled because I left the technical area,” Gattuso revealed.

On the injury problems: “We can not do anything, we were a bit unlucky, we think about one game at a time. I gave the boys a free day, we have to recover energy and then we think about Betis. We need everyone, and today the defence behaved well, Baka and Kessia contained well in the middle of the field.

“In the second half Castillejo and Suso exchanged positions and we found space between the lines. We had to keep it tight in the defence.”

On Suso’s change in position: “When I met Suso it seemed unthinkable to make him play more central, and today he did for 25 minutes.

“There is great adaptability from everyone, the guys are giving me everything. We have lost several players due to physical problems, but we continued to work and we did not look for an alibi.”