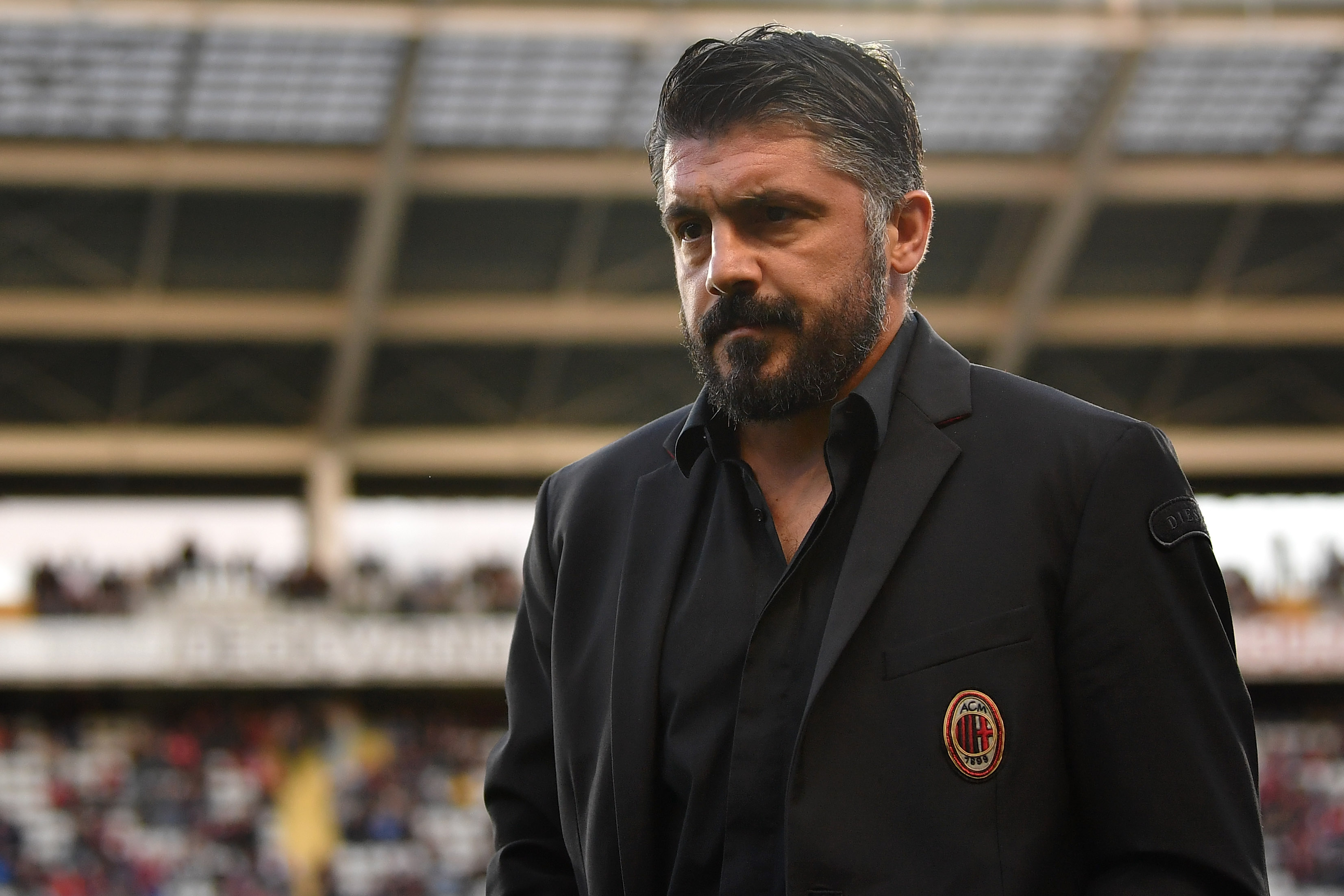 Gattuso: “We’re embarrassing a historic club; I can’t get in the heads of the players”

AC Milan boss Gennaro Gattuso has admitted that his squad is struggling mentally at the moment following a 2-0 defeat to Torino.

After a goalless first half, Andrea Belotti’s penalty and a screamer from Alex Berenguer helped drag the Granata level on points with Milan.

Alessio Romagnoli also saw red late on for dissent towards the referee, while Milan slip to seventh in the table.

“I think we were condemned by an incident tonight. The team did what it had to tonight, we were alive and kicking, it was just an incident,” the Coach told Sky Sport Italia.

“Things aren’t going our way, we are struggling, but I saw the performance we needed. Torino force you to play badly, we created chances, but when you give away a penalty in such a naïve manner, you’re going to lose your temper.

“We were accustomed for a period to suffering to hold out with a result, but now something keeps happening and the team struggles to react.

“I can’t go to the Press conference and say the team looks good if they don’t even react in training. I can’t tell you lies or make up things I didn’t see.

“We are having less fun than two months ago and that takes a toll. We’re not sharp, we think too much and that saps your enthusiasm. This is why I say that I can’t get in the heads of the players, as I want them to have the eye of the tiger, a constant grit and determination, but it’s not happening.

“I am tied to results, I am responsible. We are not only having embarrassing results for our team, we’re embarrassing a historic club.

“We lack calm, a series of results to give us confidence. We’re practically punching ourselves in the face, as we gave away negative situations against Parma and again tonight.

“Having said that, I saw the team alive and kicking tonight, which I didn’t see at all with Parma or midweek against Lazio.

“I was always harsh on myself as a player and I am the same as a Coach, but it’s the only way I know how to improve. If I analyse the bigger picture, it’s true that Milan haven’t even challenged for the top four for years, so we’ve done some good things.

“We’re not the best team in Italy, but we have a squad that can improve.

“I have responsibility, as a Coach must make choices and I’ve certainly made mistakes, but in three or four years I’ll learn to be more positive in my analysis.

“You can work on concepts and the football beliefs of the Coach, but to work on the personalities of players is something that takes more time.

“I picked Cutrone because we wanted to make forward passes quickly. Suso never came back inside, the team looked worried, we didn’t move well.

“It’s not a physical issue, as before the penalty I don’t really remember dangerous Torino moves. I liked their attitude until then, but we lost our heads a bit after that. It’s understandable, considering our recent form.”