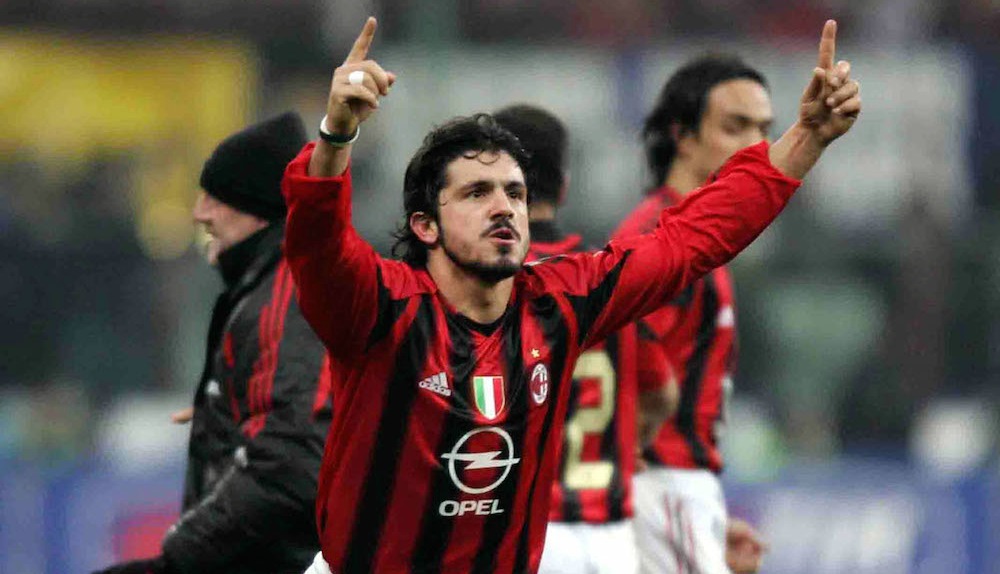 Gattuso: “You cannot see the belongingness”

Milan legend Gennaro Gattuso has admitted he does not see that the current squad belong in the Rossoneri shirt.

In an interview with Mediaset, he drew comparisons with the Milan sides he was involved in.

Gattuso’s passion for his boyhood team is undeniable, and again he has commented on the current situation of the club.

“The Milan team I played in was a perfect machine. We had champions, the budget was different, but there was above all a great sense of belongingness.

Now the manager of Pisa, the 38-year-old played over 300 times for Milan, winning a list of trophies including the Coppa Italia, Champions League and Serie A.

“When you took to the field and lost a game, it felt like being at a funeral in the dressing room afterwards.

“When you took to the field, you know that you were wearing a shirt which had made history in Italian and world football. Today, in many games, you cannot see this belongingness.”

“I think the most important thing they can do now is win the Coppa Italia because winning helps you to win more, even though it’s going to be very difficult because Juventus are far better.

“In the past five years, they have built an incredible mentality, whereas Milan need to improve a lot if they want to be the Milan from years gone by.”

The current team is a far cry from some of the best players to wear the shirt, such as Marco van Basten, Ruud Gullit and Zlatan Ibrahimovic.

“It was a dream which lasted 14 years,” Gattuso said, talking about his Milan career. “It was the club I had supported as a child and they allowed me to win many big trophies and to play with some great champions, who I would never have imagined playing with.”