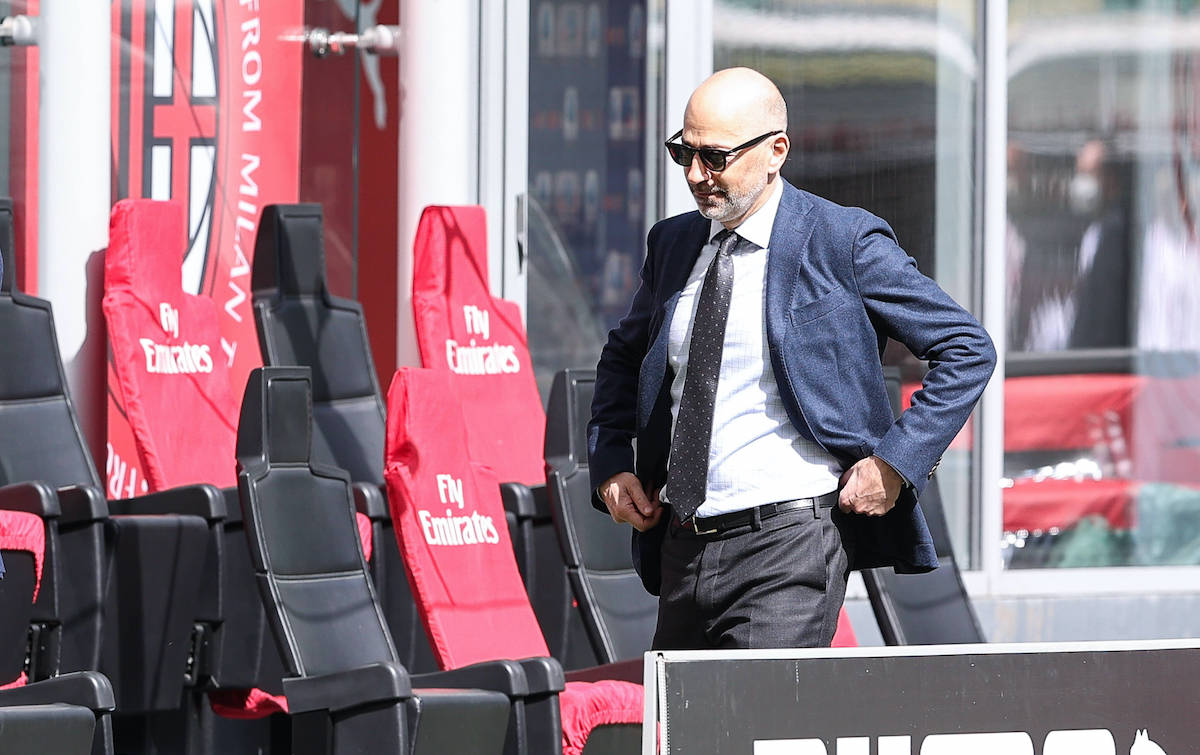 Gazidis gives health update and thanks Elliott for investments in the mercato: “We have done very well”

AC Milan CEO has sent a message to employees at the club during which he reflected on the summer window and the current state of affairs.

Milan were one of the most active teams on the market as they started making moves back in June, with Mike Maignan, Fikayo Tomori, Sandro Tonali, Brahim Diaz, Fode Ballo-Toure, Olivier Giroud, Alessandro Florenzi, Pietro Pellegri and Tiemoue Bakayoko all joining. Yacine Adli (who will return to Bordeaux on loan for the season) and Junior Messias also arrived on deadline day.

Gazidis has temporarily moved to the USA, where he is being treated after being diagnosed with throat cancer, but despite being halfway across the world he continues to express his support and closeness to the club.

The Rossoneri CEO sent a message to staff after the closing of the summer transfer window, touching on a number of issues related to the commercial area and also giving an update on his health, with his comments transcribed by MilanNews.

“On the occasion of the closing of the market, I wanted to share my point of view with you and to give you some updates on important progress in various areas of the Club, anticipating the issues that we will explore together in the Town Hall, scheduled for the coming weeks.

“We are convinced that we have done very well on the market and have strengthened the team effectively. Important investments by the owners have allowed us to consolidate and expand the roster of the men’s first team, in line with our strategy that focuses on the talent of young people, supported by more experienced players. We have also strengthened the women’s team and the Primavera. During the transfer window we saw a great team work and for this I thank Paolo, Ricky, and the many colleagues involved.

“It is very clear that the team spirit and trust in our First Teams are constantly growing, thanks also to the leadership of Stefano Pioli and Maurizio Ganz: this is demonstrated by the exciting start we had to the season.

“Last Sunday we faced the great challenge of the reopening of San Siro, following the new health protocols. Not an easy operation, but the emotions our fans felt when returning to the stadium were perceived internationally, the result of hard work and commitment to make the experience at San Siro as safe and exciting as possible. The enthusiasm of our supporters excites us all and shows us how much we have missed football as we knew it. Thanks to all of you who have made this possible.

“We are also taking important steps from a commercial point of view, thanks to the launch of new important partnerships, which we now announce almost weekly. A development path that derives from our reputation that continues to grow and improve worldwide: a modern, cutting-edge and successful brand and organization. A perception dictated by facts: from how we all operate, represent and live our Club every day.

“And finally let me say that the therapies I am undergoing are having positive effects, which make me confident for a full recovery, to return as soon as possible. Your support has been incredible and demonstrates the true essence of the ‘Rossonera family’. So don’t worry about me, but focus on the challenges ahead. I will soon be by your side again.

READ MORE: Midfielder confirms €500k move from Paraguay will go ahead – “I will soon be a Milan player”