As has become clear, there are different visions and strategies within the AC Milan management. Paolo Maldini and Zvone Boban on one side, Ivan Gazidis on the other. For the time being, tension is holding the club back.

The two former Rossoneri players – currently head of the technical area – want to understand what the CEO thinks of them and therefore, in the next few days, there will be a confrontation between the two sides.

According to today’s edition of Gazzetta Dello Sport (via MilanNews.it), there are several knots to untie, starting with the future of Zlatan Ibrahimovic. Of course, the Swede will have to decide as well but a renewal could be on the card-

Another hot topic is the renewals. Gazidis has a rather clear position on extending contracts to thirty-year-old players such as Simon Kjaer and Jack Bonaventura, which once again is an area they need to agree on.

The investments on the market that Gazidis blocked, which obviously didn’t please Maldini and Boban, created discontent and tension between the parties. In the meantime, the owners remain alert, observing the situation-

However, it’s evident that there are different philosophies and a different way of understanding Milan. Those who lead the sporting part of the club would like an Italian team in their soul, while Gazidis seems to be going in the opposite direction

To move forward together, they will need to find a new form of harmony. However, the feeling is that this will be anything but simple.

READ MORE: Pioli’s future with AC Milan decided; the favourite to replace him 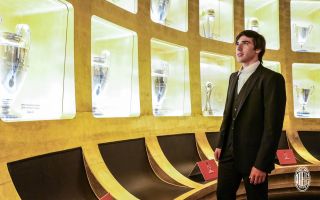 Gazidis welcomes Tonali: “He is one of the biggest talents in international football”
10 September 2020, 10:08
Serie A Standings