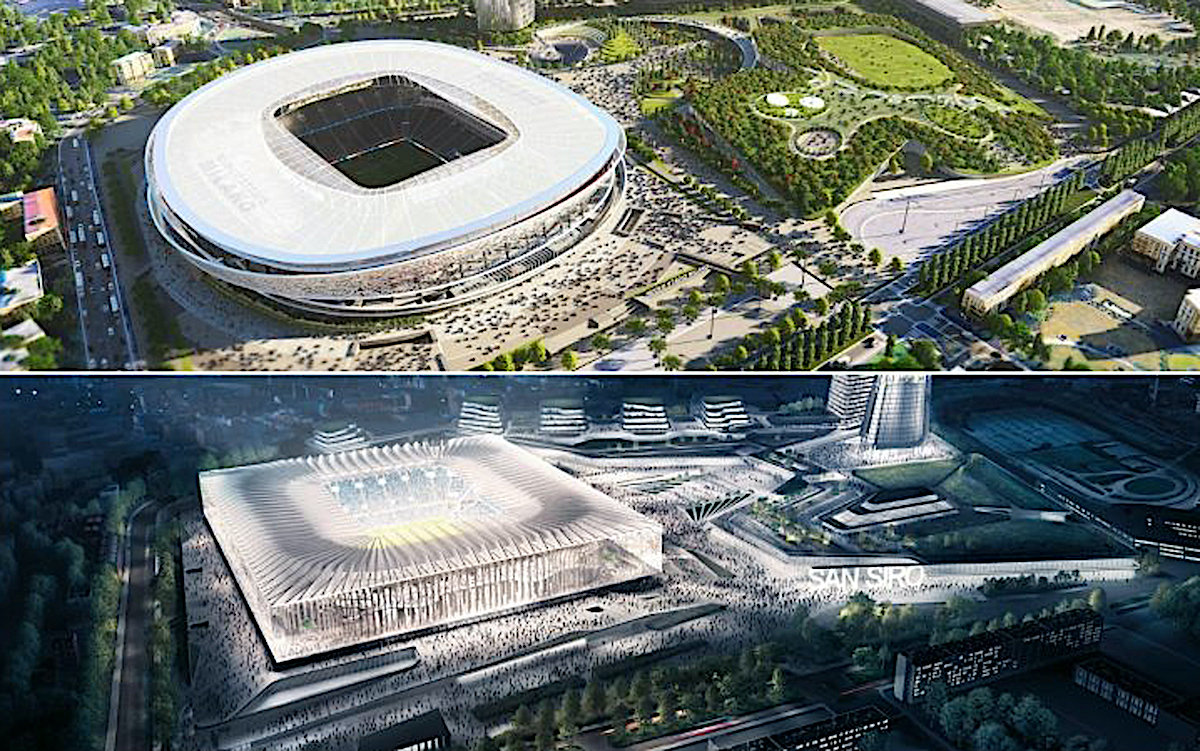 GdS: A 30-year loan and a €1.2bn investment – the projects for Milan and Inter’s new stadium

AC Milan and Inter are determined to construct a new stadium as soon as possible for various reasons, but a key factor is the increase in revenue it would bring.

This morning’s edition of La Gazzetta dello Sport (via MilanLive) writes that the two clubs hope to get the green light by the end of 2021 to fully push ahead with their new stadium project, and the financial incentive is certainly there.

Once in full working order, the new facility would bring around €120m per year to each of the teams, while at full capacity the current San Siro brings about €40m. To compete with the biggest clubs in Europe, it is essential to have a modern stadium and a cutting-edge commercial area.

Paolo Scaroni spoke yesterday to express satisfaction at Sala’s re-election as mayor of Milan and reiterating the need to go ahead with the project. Inter are going through a difficult period at the corporate level due to some problems Suning are having, but their plans have not changed.

The investment in the new San Siro is worth around €1.2bn and the stadium could be ready by 2025, so that it can also host the Milan-Cortina Winter Olympic Games in 2026. The clubs have provided a 30-year loan with an annual interest rate of 5% which will cover 90% of the total costs.

Milan and Inter as clubs will be worth much more after the construction of the new stadium and the surrounding commercial area, and that is when a sale could come about.