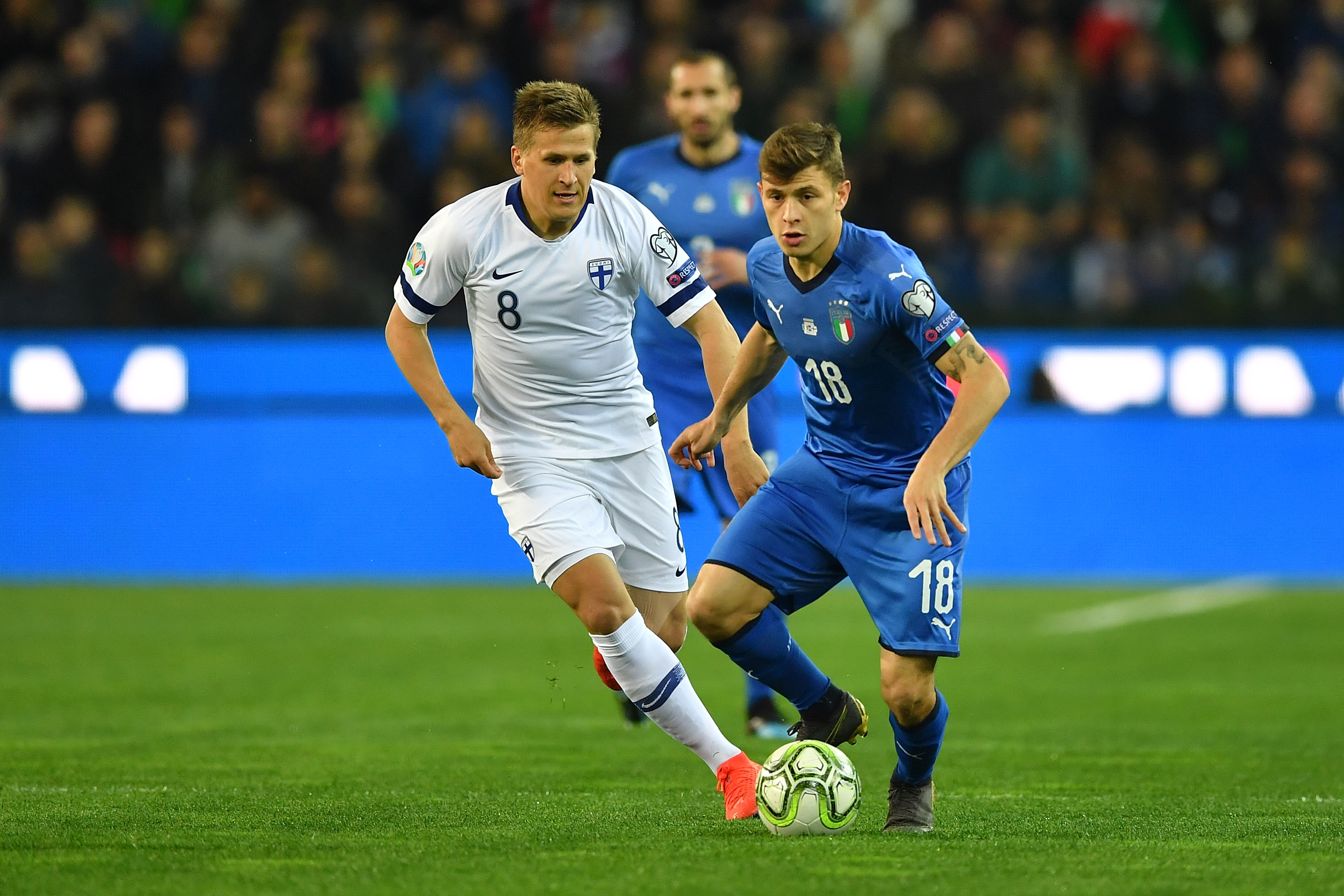 AC Milan have made a last-ditch attempt to try and beat rivals Inter to Cagliari midfielder Nicolo Barella, a report claims.

The 22-year-old has had somewhat of a breakthrough last two seasons with the Sardinian club, scoring seven goals and adding four assists in Serie A since the start of the 2017-18 season.

Cagliari president Tommaso Giulini did recently admit that it will be a struggle to hold on to their prized asset this summer amid interest from top clubs.

“It would be marvellous to keep him with us and grow together, but I don’t know how realistic that is as things stand,” he said.

Now, a report from La Gazzetta dello Sport on Tuesday states that Milan have entered the race for Barella in the last minute.

It seemed that the Italy international was on his way to Inter, who have several meetings with Cagliari and Barella’s agent to try and thrash out a deal.

However, Milan are expected to try and sign an important piece in midfield to help new manager Marco Giampaolo and his 4-3-1-2 system, meaning Barella could be the ideal target.

Cagliari would apparently demand €50million for the player, but would accept counterparts to bring that down.