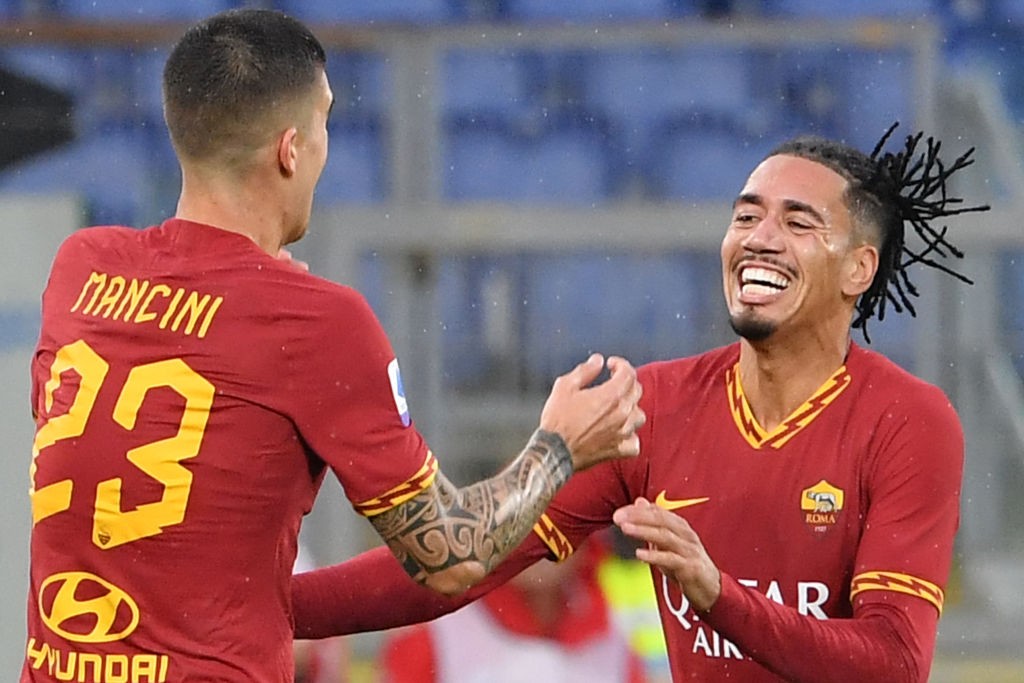 AC Milan are one of seven teams interested in the idea of signing Manchester United defender Chris Smalling, according to a report.

Smalling is currently on loan at Roma from Manchester United and has been a revelation so far this season under Paulo Fonseca, scoring twice in 11 games and forcing the Giallorossi into trying to tie up a permanent deal, with no option/obligation to buy included.

La Gazzetta dello Sport on Monday – as cited by Calciomercato.com – are reporting that Roma until a few days ago were sure they could close Smalling’s signing for a fee of €18million.

However, the paper adds that United are taking their time to decide, as they are attracted by the possibility of being able to earn more.

Even the player is hesitating, the report adds, with a number of clubs from both England and Italy following him. Arsenal, Leicester and Everton are all in the mix, as are Juve, Milan and Inter.