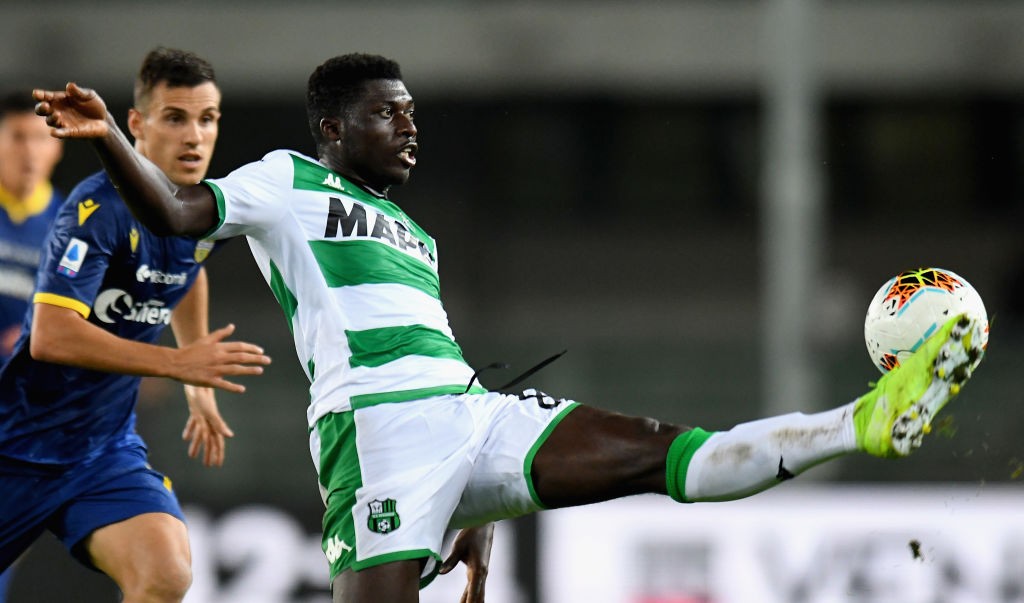 Sassuolo have set their asking price for midfielder Alfred Duncan, it is claimed, amid reports that AC Milan are interested in a move.

Sportitalia’s Alfredo Pedullà reported last week that the Rossoneri are looking to bolster their midfield with a move for Duncan, who has one goal and five assists in 13 league games for the Neroverdi this season so far.

He joined Sassuolo in the summer of 2016 and has been a strong figure for them under both Eusebio Di Francesco and current manager Roberto de Zerbi, and is currently on a contract which runs until the summer of 2022.

According to La Gazzetta dello Sport – as cited by Calciomercato.com – Sassuolo have named their price for the 26-year-old Ghanian.

They are asking for €20million to part with their prized midfielder, having seen another key man in Stefano Sensi depart for Inter over the summer.

In theory, the purchase could be covered by Hakan Calhanoglu’s sale, with the Daily Mirror in England reporting that he is a target for Arsenal.