GdS: AC Milan’s line-up for the derby; Paqueta in, Rebic out

Ahead of tonight’s big clash between AC Milan and Inter, which will kick off at 20:45 Italy time, Gazzetta Dello Sport have released (via MilanNews.it) their final prediction for the line-ups of both sides.

Interestingly enough, contrary to prior reports, Rebic will start on the bench. Instead, Giampaolo is expected to field Paqueta on the left flank. The Brazilian played from start against Hellas Verona but made way for the Croatian in the half-time break.

As expected, the manager will opt for Biglia for the deep-lying midfield role, meaning Bennacer will be on the bench once again. In other words, experience seems to be the key for Giampaolo as the midfield consists of three players from last season.

Even though Inter are favourites, it will certainly be an interesting clash. Given the importance of the game, a win would be crucial for either side, but the Rossoneri would be given a massive confidence boost with a win after a struggling start. 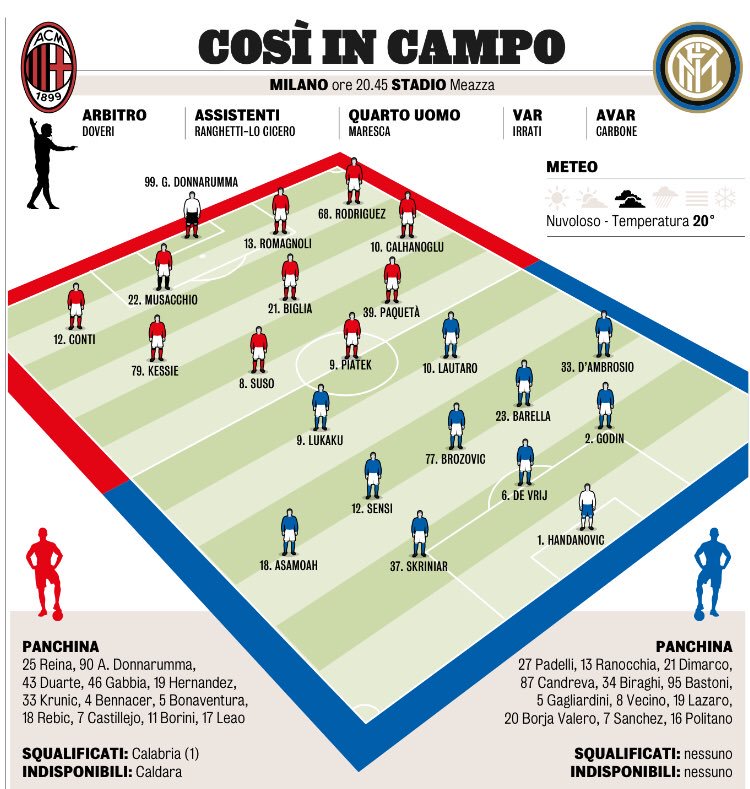