Following the big win against SPAL in the Coppa Italia, AC Milan are now gearing up to face Udinese in the league. The game, which is scheduled for 12:30 on Sunday, will be important for the Rossoneri.

Therefore, Stefano Pioli won’t make many changes to the starting eleven that he used against Cagliari, continuing with Rafael Leao and Zlatan Ibrahimovic as the attacking duo. However, as a result of injuries, he is forced to make at least three changes.

According to Gazzetta Dello Sport (via SempreMilan.com, see photo below), Gigio Donnarumma is still struggling with an injury and thus Asmir Begovic is all set to make his debut for the Rossoneri on Sunday afternoon.

In addition to the goalkeeper, Simon Kjaer and Andrea Conti will replace Davide Calabria and Mateo Musacchio respectively. In other words, the back four will be exactly the same as the one against SPAL during the week. 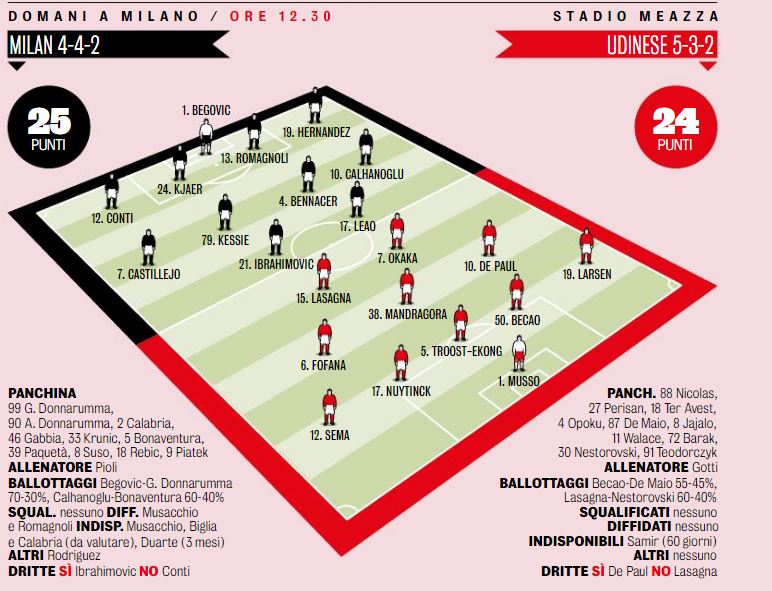