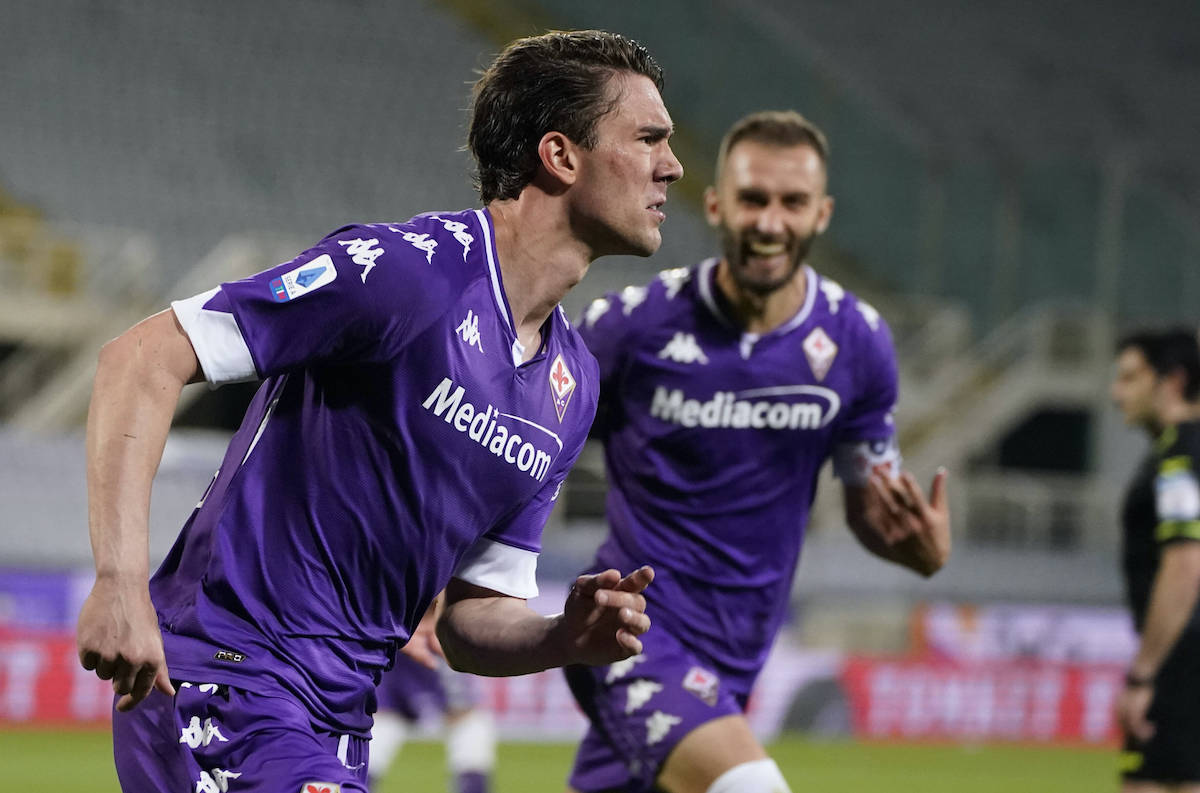 GdS: ‘All roads lead to Dusan Vlahovic’ for Milan – the situation analysed as the Rossoneri wait

A journalist has speculated that rumours suggesting Dusan Vlahovic has an €80million asking price are wide of the mark.

Vlahovic has had an incredible breakthrough season in Serie A scoring 21 goals so far with 17 coming in the year 2021. This morning’s edition of La Gazzetta dello Sport confirmed that Maldini and Massara will get to work for a centre-forward, to give Pioli a real No.9 to support Ibrahimovic, and Milan’s radars continue to move on Vlahovic.

Carlo Laudisa – speaking in a video for La Gazzetta dello Sport – took stock of the future of Vlahovic, confirming that the Serbian striker continues to be the name at the top of the wish list for Milan as they look for a deputy to Zlatan Ibrahimovic.

“All roads lead to Dusan Vlahovic,” he states. “Milan were the first to follow him when his valuation seemed already high, at 40 million euros, but in the last few days an indiscretion has arrived from Florence according to which Commisso values ​​him 80 million, double.”

“Is it possible that the promising Serbian striker is worth so much? Let’s say that in this market affair there is a huge contractual problem because he does not want to renew that contract expiring in 2023. Many signs lead to a story similar to that of Federico Chiesa, last year with Juventus, and we know how it ended.

“This is why Milan is always under the radar and that rising price is not scary because the internal dispute is around the corner and coincidentally Gattuso [possible next Fiorentina boss] also asked that Vlahovic remain. Could he be satisfied? It’s too early to say, that’s why Milan should be kept in mind.”

It seems therefore that the Rossoneri must simply be patient and wait for things to take their course regarding the former Partizan Belgrade starlet, and they could stumble into the chance to get him on favourable terms like Juventus did with Federico Chiesa.