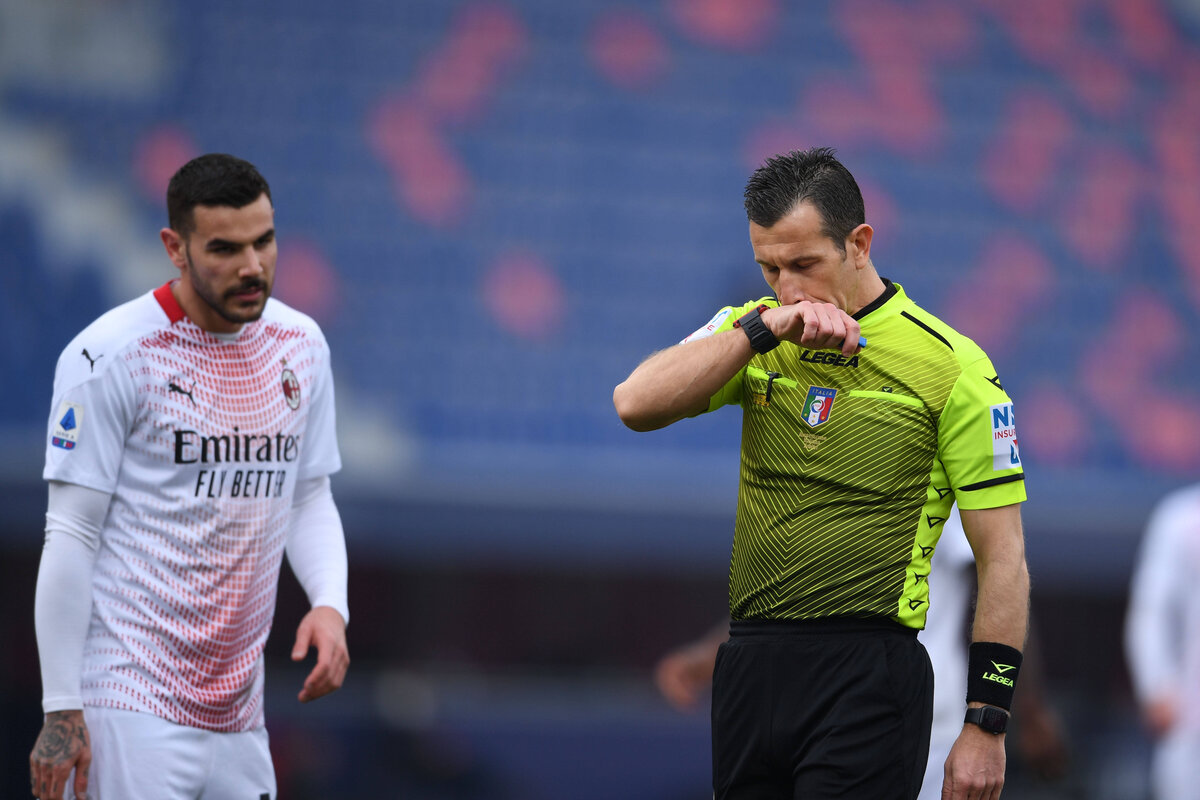 Milan were awarded their 13th and 14th penalty last night, beating Bologna by two goals to one away from home. Once again, the penalties were correct, even though these things often reach the spotlight for another reason.

Today’s edition of Gazzetta Dello Sport, as cited by MilanLive, analysed the performance of referee Daniele Doveri and described his outing as impeccable. In contrast to recent weeks, there were almost no mistakes from the referee.

The most discussed incident was the first penalty, when Rafael Leao was brought down in the box by a Bologna defender. There was a clear tug of the shirt and also a slight push, and the replays confirmed that it was the right decision.

The second penalty was clear as well, given at the start of the second half. The Bologna defender, very clumsy one should add, handled the ball in the box with both of his hands. Doveri immediately pointed to the spot and once again, it was correct.

On the first penalty, Rebic converted the rebound and he was clearly outside the box when Ibrahimovic struck the ball. The right decisions were made and no complaints can be raised about the penalties, the newspaper concludes.