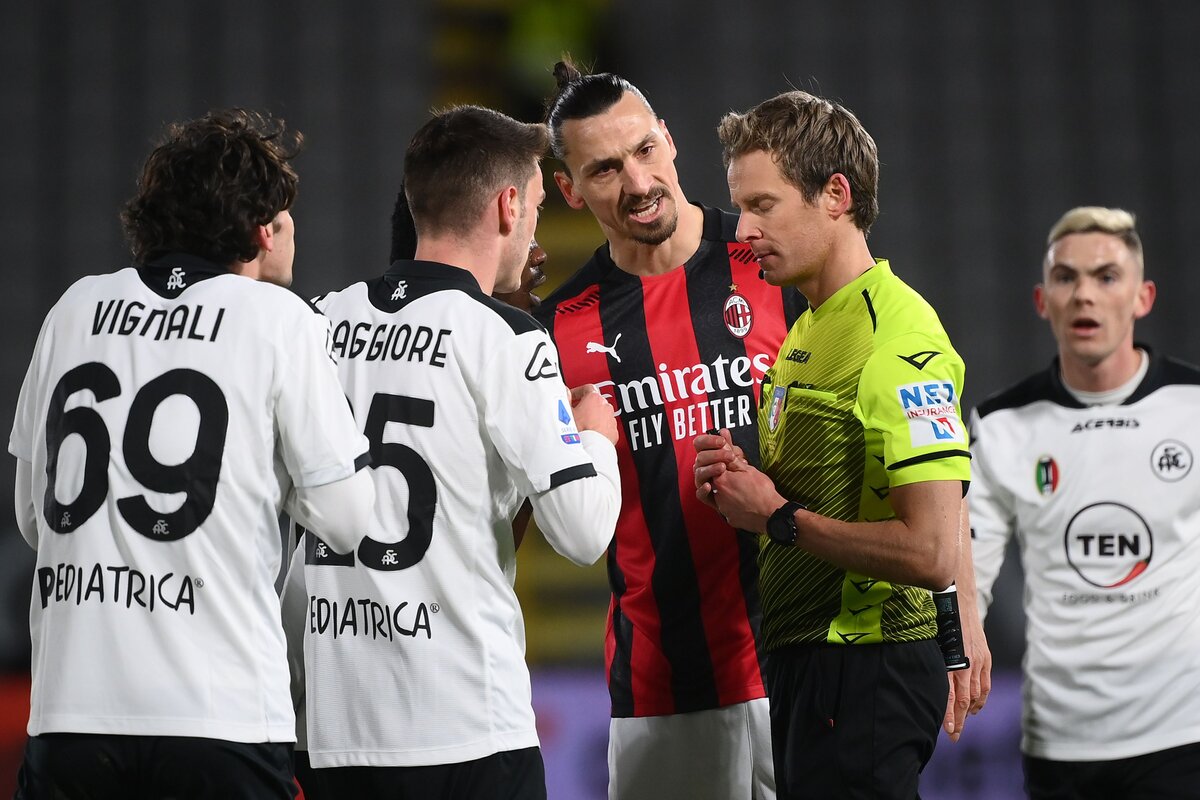 GdS: Analysing key incidents of Spezia vs. Milan – Referee got everything right

Gazzetta Dello Sport (via MilanLive), as per usual, analysed the performance of the referee in charge of the game, Daniele Chiffi. The 36-year-old got everything right in a game that was pretty straight-forward from a refereeing point of view.

The most controversial incident took place in the 58th minute, when Zlatan Ibrahimovic won a free-kick after a challenge with Martin Erlic. The Spezia players protested but the replays showed he was first to commit the foul.

Ten minutes later, Spezia wanted a penalty after Dalot kicked Saponara on the edge of the box. Chiffi did well to see that the foul started and ended outside the penalty box, awarding the free-kick instead.

Ibrahimovic also wanted a penalty towards the end, but the replays showed the referee made the right call. The only thing that could be reviewed is the yellow cards, as Franck Kessie was spared despite a clear handball while Erlic’s warning was harsh.