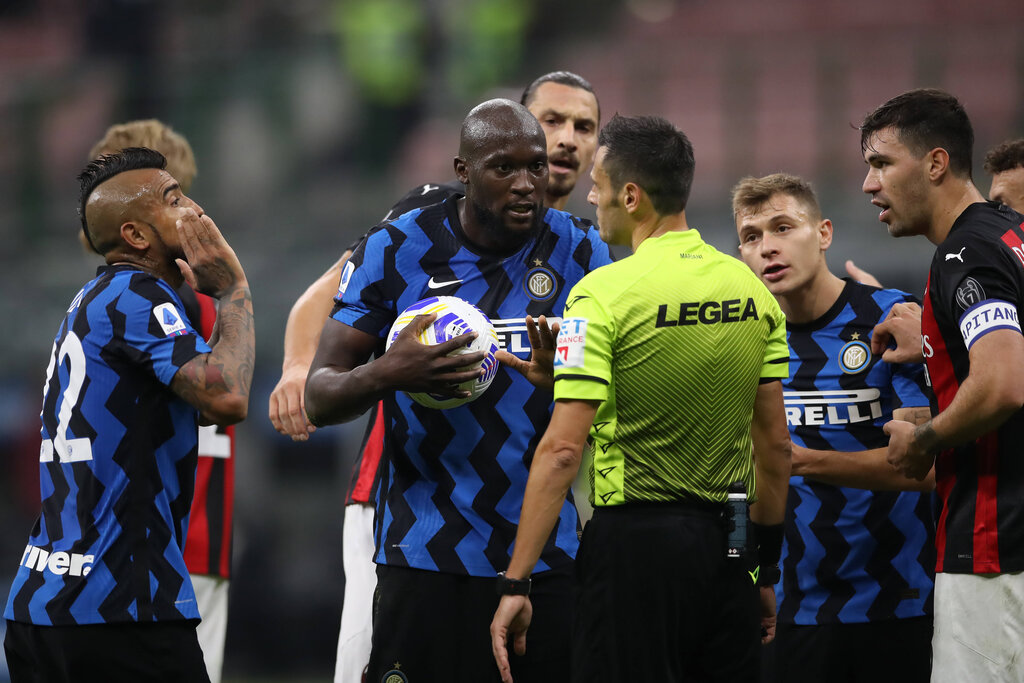 Milan secured their first derby win against Inter in four years last night, grabbing their fourth win after four games in the league. Sitting at the top of the table, the start to the season has been very impressive.

Gazzetta Dello Sport, as cited by Milanlive.it, analyzed the decisions made by Maurizio Mariani during yesterday’s clash. The referee had to deal with several situations but all in all, his display was positive.

The penalty awarded to Milan, in the 12th, was clear as Aleksandar Kolarov clearly hit Zlatan Ibrahimovic on the leg. A reckless intervention by the former Roma man and the penalty was rightly given to the Rossoneri.

In the 56th minute, Mariani missed a straight leg from Franck Kessie on Achraf Hakimi, convinced that it was a regular challenge by the Ivorian. The latter was already booked by then and he was lucky to avoid a red card.

The most difficult episode took place in the 73rd minute. The ball touched Simon Kjaer and ended up being a perfect pass for Romelu Lukaku, who was brought down by Gigio Donnarumma and the referee pointed to the spot.

However, the VAR intervened and deemed it as offside on Lukaku. The Belgian was gifted by Kjaer, or at least so it seemed, until the replays revealed that the touch on the Dane was involuntary. Therefore, not considered a pass and thus offside, no penalty.