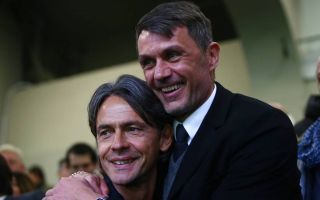 GdS: Another Inzaghi and 2021 descent – the key themes ahead of Milan vs. Benevento

AC Milan host Benevento in a must-win game at San Siro tonight, and there are three key themes within the game.

La Gazzetta dello Sport writes how the first theme is the ‘other brother’ Pippo Inzaghi, who will lead his side out at San Siro against his beloved Milan. The Rossoneri are still stunned by the 3-0 they suffered at the Olimpico at the hands of his sibling Simone Inzaghi, meaning that now Pippo has the chance to ensure his family deal a lethal double blow for the ambitions of

The second theme is descent, because Benevento are falling just like Milan. Looking at the standings after 19 rounds, Milan were top while Benevento were in 11th and were heading comfortably for survival. Now it seems a lifetime ago as the Rossoneri are in fifth place and Benevento have racked up just 4 points since.

Finally, there is the theme that Milan’s attack simply has to step up. Ibrahimovic returns from the first minute, supported by Calhanoglu, Saelemaekers and one of Rebic or Leao. Zlatan’s ‘assistants’ are under observation at least as much as the Swede, especially Calhanoglu whose contract renewal is on standby.