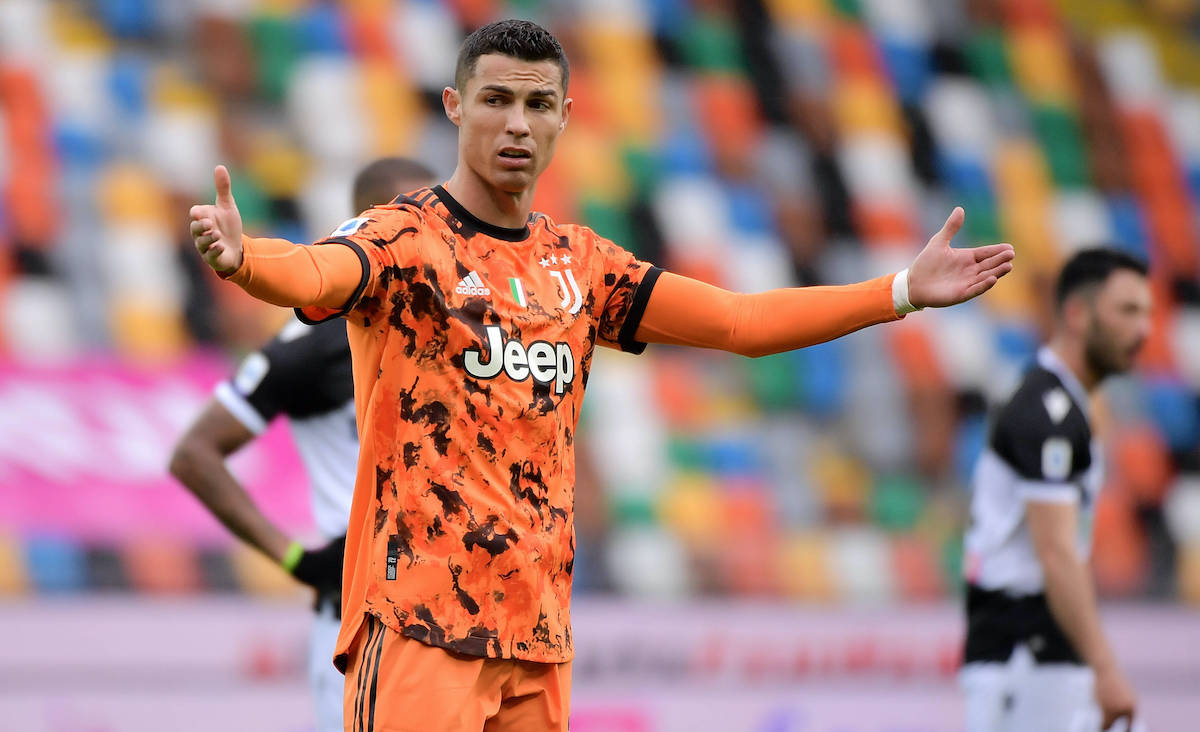 It was entirely possible that Cristiano Ronaldo could have been turning out for Milan against Juventus tonight rather than vice versa.

As La Gazzetta dello Sport writes, Cristiano Ronaldo could have joined Milan four seasons ago, a year earlier than when he actually landed in Juventus in 2018 in an unprecedented operation.

Back when Milan had Chinese ownership, they were attracted by CR7’s appeal on the eastern market. Yonghong Li put on the plate in the summer of 2017 as much as €150m net for a five-year contract for the Portuguese, numbers not far from those he signed with at Juventus.

A couple of months later, in November 2018, the confirmation of CEO Marco Fassone came: “It’s true, Yonghong Li wanted Cristiano Ronaldo at Milan. Mr Li wanted CR7 in the Rossoneri because he believed it had great strength on the Chinese market. The player wanted to leave Madrid. We met in July 2017 with his agent Mendes, to check the costs and availability of the player.”

Fassone then returned to the subject some time later: “Ronaldo was a fixation for Mr Li. He wanted him and insisted on having him. I talked about it with Mendes, his agent, Ronaldo was available to leave Real Madrid and Milan is a world-famous club that he liked.”

“CR7 had told us: ‘You are not in the Champions League, ok, but I have never won the Europa League and I will win that too’. He was convinced: I sat down with the agent and my share was over. There was the possibility of taking him, it’s all true. With today’s ownership, Ronaldo would play for Milan. I am convinced that Ronaldo would have reached Milan to play for the Rossoneri.”

What went wrong? Fassone shed some light: “I convinced Mr. Li to let go of the dream: Ronaldo was too expensive. We made an internal evaluation and the operation was not sustainable”.

Mirabelli’s version is slightly different: “Chinese ownership blocked the deal because it was not sustainable. The Chinese did not take out the money: they thought we would never manage to get a champion like this. Fassone told me that the numbers did not add up and we had to let it go.

“First they gave me a budget then another, this is the point: they told me that we had the possibility to sign him, that the money was there, then overnight they told me otherwise. With today’s ownership, Ronaldo would play for Milan.”

The relations with Mendes were good for the Rossoneri as seen with the André Silva operation, but in the end Ronaldo was a bridge too far. Ironically in Turin he went to a Champions League club but, ironically, even in the black and white he has not been close to winning the Champions League.