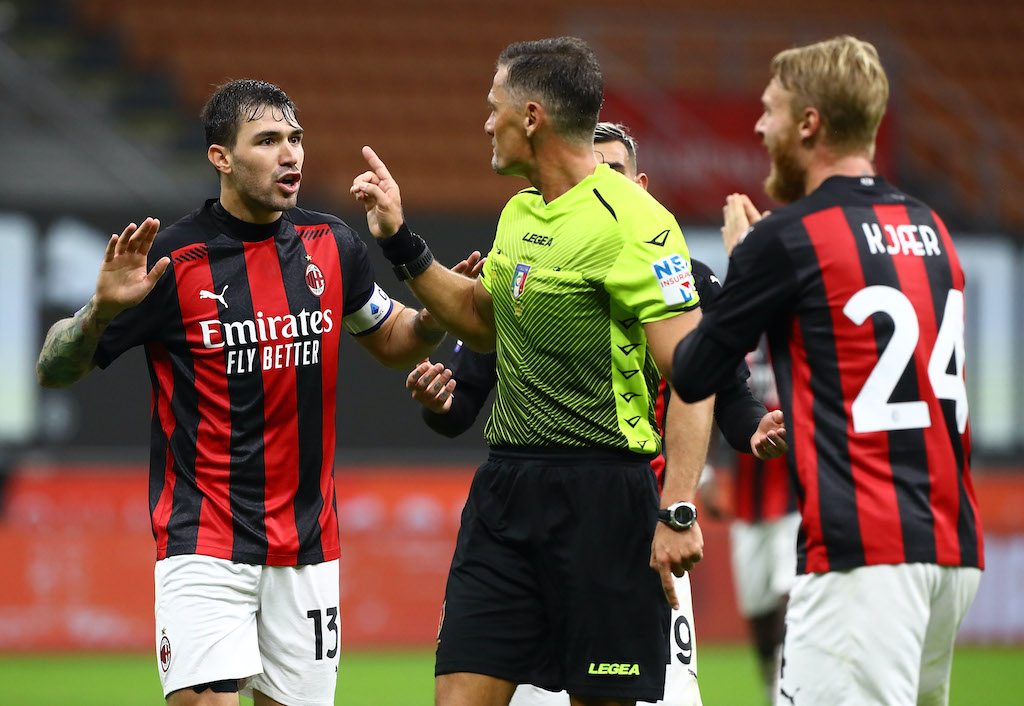 The match between Milan and Roma was full of goals and was fantastic from a spectacle point of view, but certainly not from an officiating perspective.

The first penalty awarded on the night – given to Roma 24 minutes into the second half – is a sensationally bad decision. Tatarusanu parries a shot by Mkhitaryan, Bennacer pounces on the ball before Pedro, with the latter standing on the Milan player’s foot which can be seen clear as day, but the penalty was awarded and not even looked at on the monitor.

Giacomelli levelled things up with another bad decision in the 33rd minute of the second half. Mancini leans in for a loose ball in the area and touches Calhanoglu, who had come in behind him. The Turkey international fell over and Giacomelli pointed to the spot immediately in a call that was very soft, and again VAR was not even mentioned.

Giacomelli’s confusion was also obvious from the yellow cards he gave out (or failed to). Ibanez and Dzeko got away with a couple of offences, but in the second half he started dishing out yellows for even the smallest instances of dissent, and gave Ibrahimovic a yellow card for a ‘foul’ on Mancini when he was a) offside and b) it looked like Mancini had handled the ball. A poor performance and an ‘avalanche’ of errors.