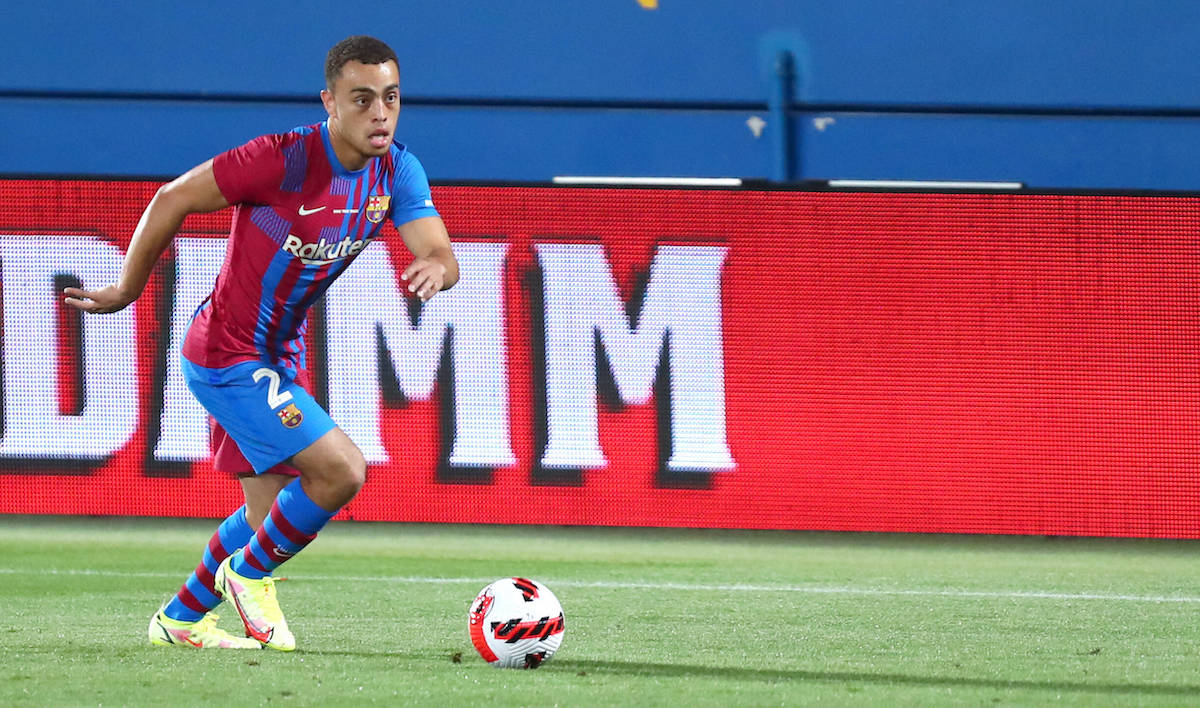 AC Milan are looking to close a deal for Alessandro Florenzi soon but they have a Barcelona defender in mind as a back-up plan, a report claims.

According to the latest from La Gazzetta dello Sport (via MilanNews), Milan are working to close Florenzi’s arrival as soon as possible, but still keeps other tracks open in case the deal with Roma does not go through. The Italian is the first choice target to become the new deputy to Davide Calabria but, as with most operations, there is an alternative plan in mind.

The name is Sergiño Dest of Barcelona, and he could be a market opportunity because ​​the Catalan side need to lower their salary, and would therefore be open to loaning him out.

Dest made the move to Spain after a breakout season at Ajax. It was back in October 2020 that Dest transferred to Barcelona for an initial €21m fee plus a further €5m in variables, signing a five-year contract with a buyout clause set at €400m (via Wikipedia).

READ MORE: Milan wanting to complete deal for 21-year-old midfielder on their terms