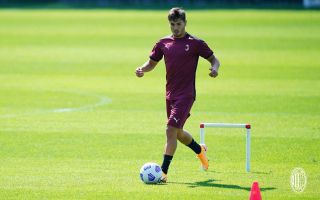 GdS: Brahim Diaz never had any doubts about Milan return – he must bear the pressure of the 10

AC Milan are ready to welcome Brahim Diaz back into the fold after the playmaker arrived in Italy yesterday, a report claims.

As La Gazzetta dello Sport writes (via MilanNews), the Spaniard – despite his small stature of 170cm – is a giant inside and he will have to show that he can bear the pressure, given that everything suggests that he will be the new No.10.

Diaz has a strong personality, the club assures, and on Sunday he will be at Casa Milan for the signing of his contract which will bind him to Milan until 2023. The management and head coach Stefano Pioli strongly believe in the potential of the 21-year-old who has never had any doubts about wanting to return, always putting Milan first.

Last season he played 39 games, scoring 7 times, including 2 in the last 4 league games. This season the feeling is that he will have more playing time to improve his numbers, and the fact that Milan secured a €22m option to buy (though there is a €27m buy-back) gives him all the more reason to impress.