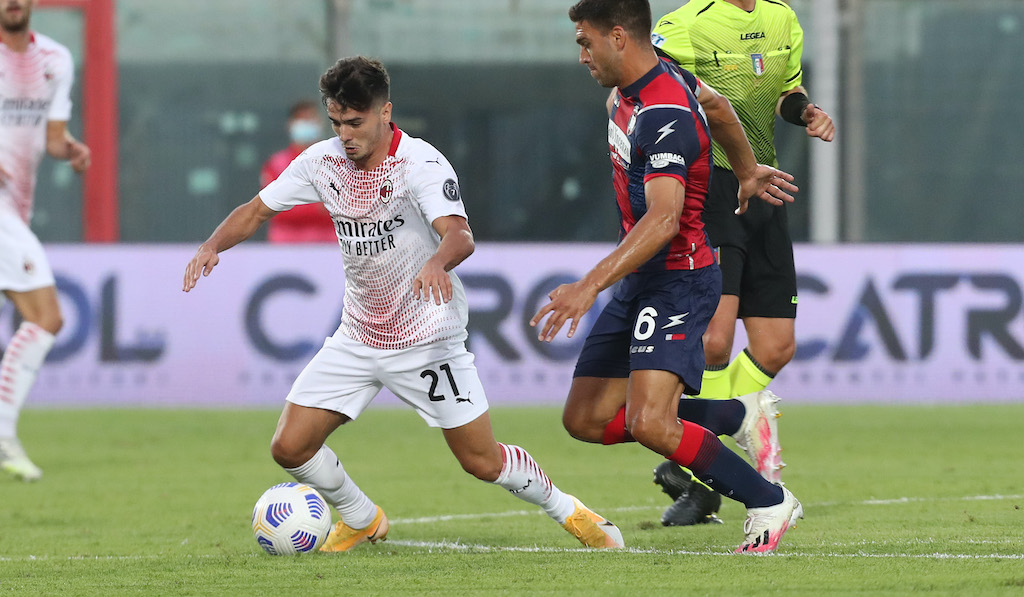 GdS: Brahim Diaz shows off against Crotone – Milan and Real Madrid to discuss a deal soon

Brahim Diaz was handed his first start for AC Milan in the 2-0 win over Crotone, and the Spaniard did not fail to show off his capabilities.

Stefano Pioli – who was unable to call upon Zlatan Ibrahimovic, Leo Duarte, Alessio Romagnoli, Mateo Musacchio and Andrea Conti – named Brahim Diaz and Sandro Tonali in the starting XI for the first time.

Both did not disappoint in the end, with Brahim even getting on the scoresheet in the second half as he fired home from close range following an assist from a Crotone defender.

As La Gazzetta dello Sport notes (via MilanNews), Brahim showed tremendous quality and determination, playing with the right attitude, despite some mistakes here and there which were to be expected.

Before yesterday, the 21-year-old had amassed just 28 minutes in official games and just over 90 minutes in pre-season, but he did not disappoint in his first start.

Ironically he scored a striker’s goal after taking Ibrahimovic’s old number, and we saw first hand how the wildcard Diaz can cover all three positions behind the striker and is destined to become much more than a simple alternative if Milan’s season lasts for a long time on three fronts.

Real Madrid strongly believes in the potential of the former Manchester City man, and it is no coincidence that they have only let him leave on a dry loan, while maintaining full control.

The situation, however, could change in the coming months. The two clubs, in fact, have made an appointment when the market closes to understand if it is possible to go beyond the current formula, perhaps by inserting an option to buy.