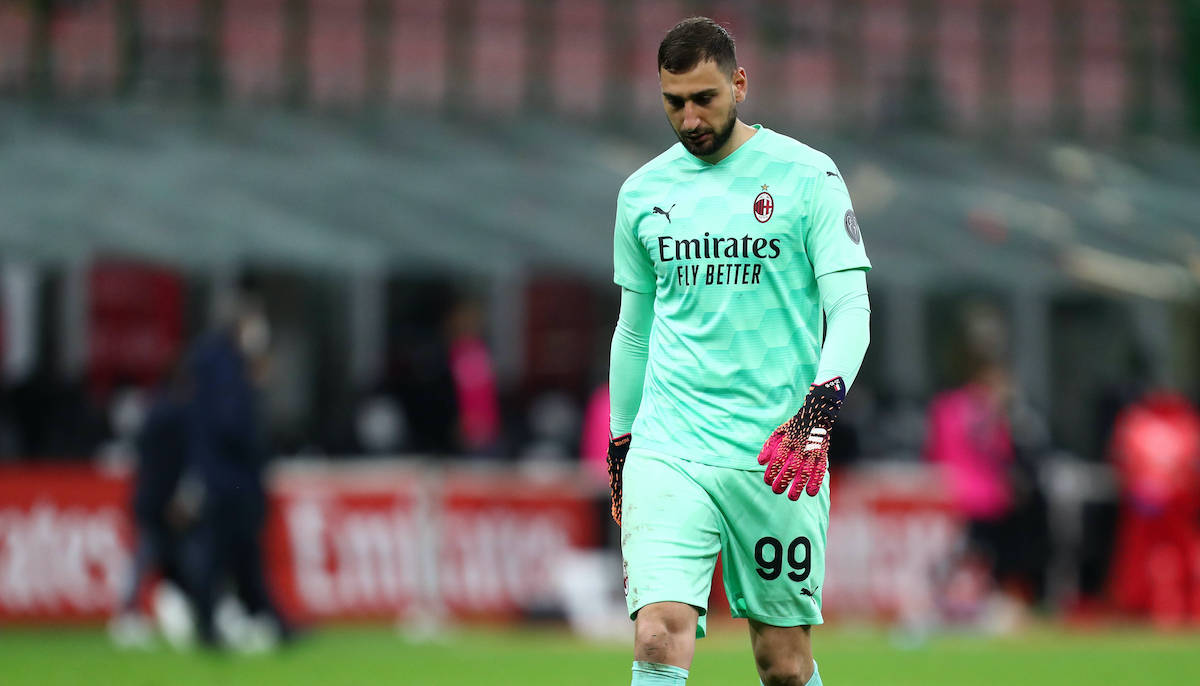 AC Milan head coach Stefano Pioli will have the task of calming Gianluigi Donnarumma down after a turbulent last few days.

As La Gazzetta dello Sport writes, Donnarumma managed to mask the torment that was shaking him inside as he celebrated Calhanoglu’s goal and was heard bellowing orders to his team-mates several times, keeping a crucial clean sheet too.

Late in the evening though it emerged that something had happened earlier in the day: a confrontation with a delegation of fans, who requested that he is not to play against Juventus without a renewal this week, and tears from Gigio followed.

The club and Donnarumma clearly decided that the most effective way to keep situation under control was to give the fans a few minutes face to face, trusting everyone’s common sense. Gigio went, he explained himself, he came back and was touched by that moment of unexpected tension.

He received the support of the director Paolo Maldini, but the decision whether or not to field Donnarumma against Juve is a choice that belongs only to the manager. Pioli knows how to do protect his players, he shields and reassures, but a bit of calm must be found in a difficult moment.

READ MORE: From a last minute winner to mental fatigue – Theo a symbol of Milan’s project and struggles