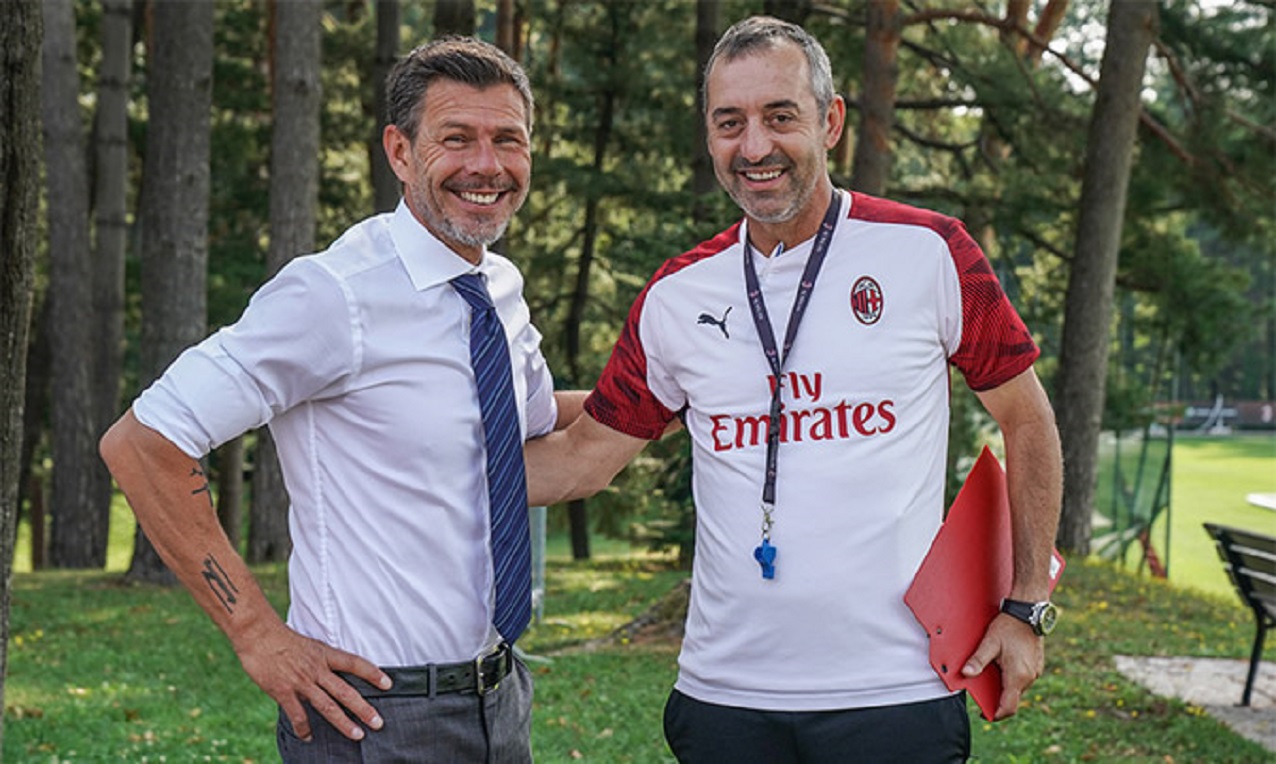 GdS: Cause of fricition between Giampaolo and Boban revealed

AC Milan head coach Marco Giampaolo and director Zvonomir Boban have differing ideas over tactics, according to one journalist.

The Rossoneri ended their three-game losing streak with a 2-1 win at Genoa on Saturday night thanks to goals from Theo Hernandez and Franck Kessie – the latter being a penalty.

Pepe Reina redeemed himself for an error on Genoa’s opener by saving an injury time penalty to preserve the win.

As we reported earlier on Sunday, it was a performance that failed to convince the club’s hierarchy on the under-pressure Giampaolo, and as such his position is under review.

After the awful first 45 minutes at the Marassi – before the two substitutions made at half-time – Giampaolo was almost sacked with Maldini even leaving to make an important phone call to the club.

It has been reported by Sky Italia that Boban is the one who has the most problems with the ex-Samp boss, and now La Gazzetta dello Sport‘s Nicolo Schira has lifted the lid.

He claims that the Croatian wants to see Milan play a 4-3-1-2 with Lucas Paqueta behind Rafael Leao and Krzysztof Piatek. He also wants to see Hakan Calhanoglu dropped altogether.

However, Giampaolo’s insistence to this point has been to play a 4-3-3 with Suso on the right and Calhanoglu in the midfield.

Schira goes on to add that the exclusion of Paqueta and Leao from the starting XI on Saturday night caused ‘new friction’ between the pair.