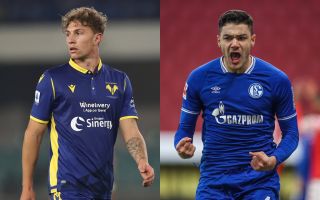 AC Milan could bid farewell to centre-back Mateo Musacchio in January with three potential replacements lined up, a report claims.

Musacchio was once again left out of Milan’s matchday squad to face Parma despite the fact that he is back from injury and fully fit. Multiple sources are claiming that it is a technical choice by head coach Stefano Pioli who clearly sees him as having no part of his plans this season, given his contract expires in June 2021.

According to La Gazzetta dello Sport (via MilanNews), Musacchio is not part of the Milan project and for this reason he could leave in January, six months before his deal runs out.

With the departure of the Argentine, Milan will have to sign a new central defender and the hottest names at the moment are those of Ozan Kabak, Mohamed Simakan and Matteo Lovato of Schalke, Strasbourg and Hellas Verona respectively.