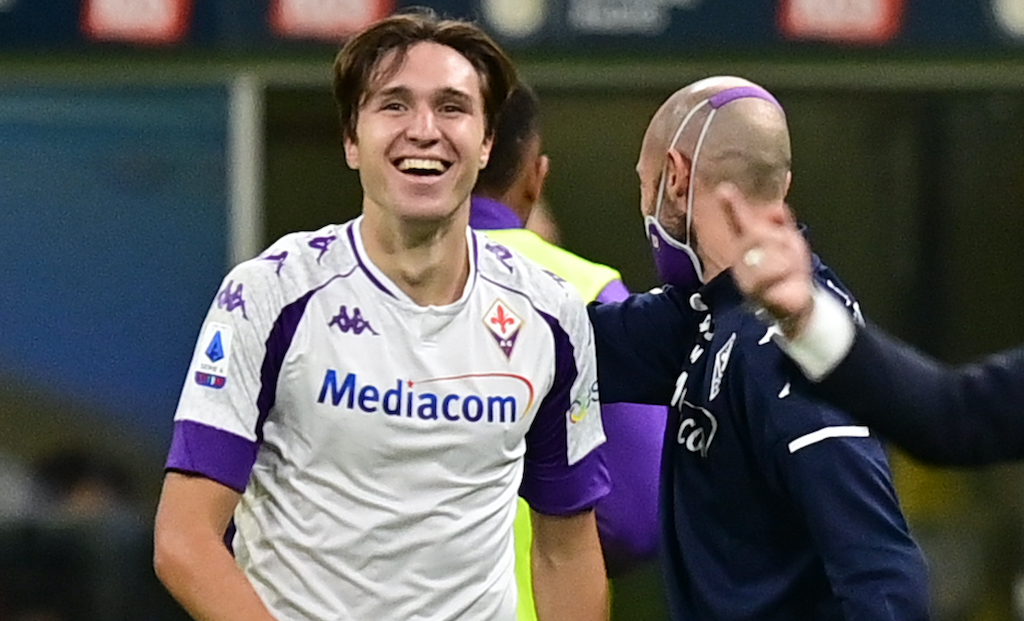 GdS: Chiesa asks to leave Fiorentina – Commisso waits for an offer from Milan or Juventus

Fiorentina president Rocco Commisso has made the decision to sell Federico Chiesa and is waiting for an offer from Juventus or Milan.

According to La Gazzetta dello Sport, Chiesa wants to leave Fiorentina and he has reiterated this to the Viola management even after the defeat against Inter and his splendid goal.

It is not a formal transfer request, but rather a please to Commisso to allow him to leave and better his career at one of Italy’s elite club, and Fiorentina are ready to negotiate his sale.

The Fiorentina management have understood that Chiesa does not want to go abroad. In August, the forward turned down a large Premier League club that would have guaranteed him to fight for the Premier and Champions League and triple his salary compared to the current one.

Juventus have been keen on Chiesa for more than a year, but Commisso will not accept being cornered. Instead it is likely that he will set a date beyond which Chiesa will no longer be available.

The goal is to invite Juve – or Milan if they find the necessary money – to come forward quickly. Fiorentina cannot reach the last 48 hours of the transfer market without knowing whether they will have Chiesa or the money available to buy his replacement.

Juventus hope to sell Douglas Costa as soon as possible to get the money for Chiesa, but if the Brazilian does not find the right accommodation, he could also be sent to Fiorentina as part of the deal, though it remains to be seen if the player would accept that.