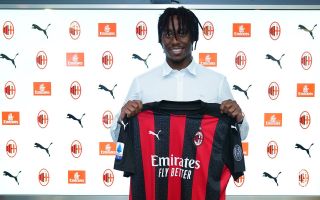 GdS: Details of Milan’s €10.5m investment for the midfield – Meite will wear No.18

Last night, AC Milan officially announced that they have signed Soualiho Meite from Torino on a loan with an option to buy. A much-needed reinforcement for the midfield, given the injuries and the tight schedule.

The Frenchman has signed a six-month deal and his contract will run until 2024 if he’s redeemed in the summer, per Gazzetta (via MilanNews). Milan paid €500K for the loan and will have to pay an additional €8.5m if they decide to buy him.

Furthermore, there are about €1.5m in bonuses for the Turin side, meaning the investment could reach a total value of €10.5m. Meite will keep his current salary of €1.6m although there are also some bonuses he could reach.

The midfielder has decided to wear the No.18 shirt for Milan, after Ante Rebic switched to 12 ahead of this season. He’s expected to be called up for the game against Cagliari and it remains to be seen if he will get a few minutes.