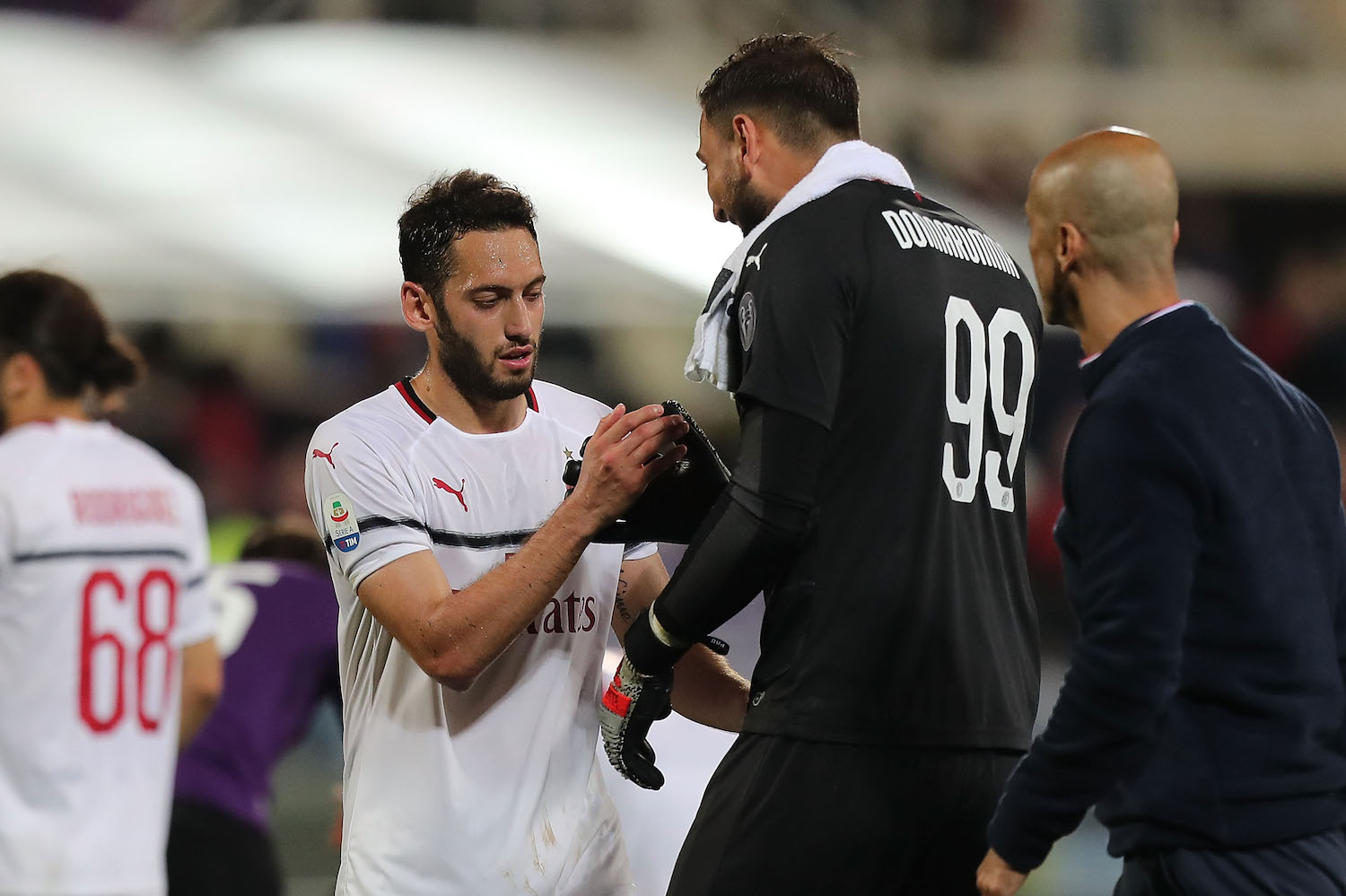 Milan failed to impress in their final test of preseason fixture as they were held by Serie C side Cesena.

You can read our match report on the game here, plus the comments from Marco Giampaolo after the match.

Gianluigi Donnarumma is the first player mentioned, and the 20-year-old looked solid throughout the fixture, including a late save on Butic to save the team from an embarrassing defeat.

Hakan Calhanoglu is also named for his performance as a regista, where he played much better than when he was on the left side of the midfield three.

It could be an ‘interesting solution’ moving forward, the paper concludes.