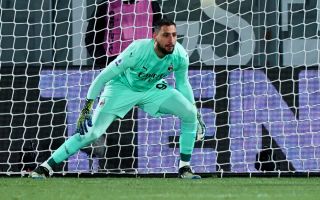 GdS: Donnarumma asks for time to reflect – offer on the table as bridge deal idea re-emerges

Gianluigi Donnarumma’s future remains uncertain but the idea of a bridge contract has once again emerged as an option, a report claims.

As La Gazzetta dello Sport (via MilanNews) writes, the renewal of Donnarumma’s contract is always the main priority and the offer from the management of €8m net per season remains on the table, though Gigio has not yet given an answer.

Despite this, the priority of the 22-year-old remains to stay at Milan and sources close to Milanello assure that Donnarumma has no intention of packing and that if it were only up to him there would be no doubts about his future.

The long-awaited signature has not arrived and negotiations have been frozen until the end of the season. Now everything is stopped, and the goalkeeper has asked for time to reflect and to wait to see if the Rossoneri will qualify for the next Champions League, while Milan has already made it known that they do not intend to go beyond the €8m that they have already put on the plate.

In recent weeks, the idea of ​​a bridge solution such as a two-year extension (until 30 June 2023) has also sprung up and Maldini is ready to accept this scenario, but in the end everything will depend on Donnarumma.