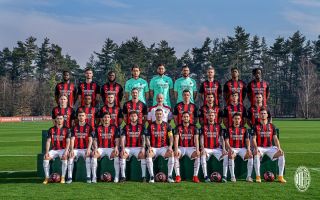 AC Milan’s 2020-21 campaign has finally come to a close after a real rollercoaster ride that saw the team finish second in the table.

La Gazzetta dello Sport have given their verdict on every AC Milan player to play in the 2020-21 season with a rating out of 10. Starting with Stefano Pioli, he got a 9 for being ‘the heart of this enterprise’ and helping the Rossoneri out of a nightmare in 19 months.

Antonio Donnarumma got a N/A due to the fact he didn’t play a minute all season. His younger brother Gianluigi Donnarumma got an 8 for winning points ‘like a centre-forward’ and for ‘normalising miracles’, though it seems set to be his last season at the club. A 6.5 went to Ciprian Tatarusanu after recovering from a bad debut against Roma.

Moving on to defenders, Davide Calabria scored an 8 after ‘monstrous growth’ and it is harsh he has not been summoned for the Euros. Diogo Dalot got a 6 for showing ‘talent’ but a ‘lack of consistency’. Matteo Gabbia received a 6 too, mainly because we didn’t see much of him due to a knee injury.

A 7.5 went to Theo Hernandez who would have got an 8 but for his defensive lapses, but he functions as ‘an added attacker’ due to the danger he poses. A 6.5 was given to Pierre Kalulu who ‘made himself useful’ but then ‘disappeared from radar’ after Spring.

An 8 goes to Simon Kjaer as the ‘man of experience’ and ‘point of reference for the team: “constant, concentrated, always a leader.” Alessio Romagnoli gets a 6 after finishing the season as a reserve, and the captain ‘will now have to reflect on the future’. Finally, loanee Fikayo Tomori got an 8 as he ‘quickly adapted to Serie A’ and was ‘fast, powerful, attentive and dangerous even in attack’.

In midfield, a 7 goes to Ismael Bennacer who had ‘a few too many muscle injuries’ but showed his importance often. A 7.5
went to Hakan Calhanoglu as the ‘talent is there to see’ but consistency is lacking, and he could have played his last games for Milan. Brahim Diaz gets a 7 but his ‘season finale could be worth 8’.

Franck Kessie gets a 9 out of 10 and the title of MVP of the Rossoneri season for being ‘omnipresent’ and showing ‘power in all areas of the field’: “He did not feel the pressure, putting Milan on his shoulders and honouring the nickname of ‘The President’ with an absolute top-level performance”.

Rade Krunic got a 6.5 mostly for his free-kick kick in Verona, a pearl that Milan needed. Soualiho Meite got a 6 as ‘he was able to make a significant contribution, albeit without major flashes’. Alexis Saelemaekers receives a 7.5 as ‘Pioli never gave up on him’ as ‘he gives a lot in other aspects of the game’.

Sandro Tonali received a 6 because in what is described as an ‘apprenticeship season’ with the paper urging fans to ‘have calm and patience’. A 6 was awarded to Samu Castillejo too as he tried but made little impact. A 6.5 goes to Jens Petter Hauge, with his goal against Sampdoria being his last contributions but one with an ‘incalculable weight on the morale of the team’.

Zlatan Ibrahimovic gets a 7.5 for being ‘devastating as long as his body and muscles held up’ but ‘his contribution is measured above all in terms of leadership’. Rafael Leao gets a 6 for playing multiple roles but having a difficult 2021 after a good first half of the season.

Daniel Maldini and Mario Mandzukic were not given a score as they did not play enough, but Ante Rebic gets a 7.5 for his ‘fantastic goals, like those in Parma and Juve’.