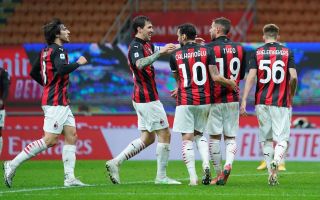 It is not just the Gianluigi Donnarumma saga that heavily depends on whether AC Milan qualify for the Champions League, according to a report.

This morning’s edition of La Gazzetta dello Sport (via MilanNews) writes how – in addition to Donnarumma – there are other operations related to qualification for the Champions League. As reported by the paper there are many destinies that could be determined by the result of the match against Juventus.

For example, there is the issue of Hakan Calhanoglu’s renewal as his contract is expiring in less than two months and it could very well hinge on whether a top four finish is achieved. Then there is also the issue related to captain Alessio Romagnoli and his contract renewal, as he is looking for a pay rise and wants to prove that he is worth it.

Of course, a return to the Champions League would give Milan more liquidity in negotiations such as the ones aforementioned.