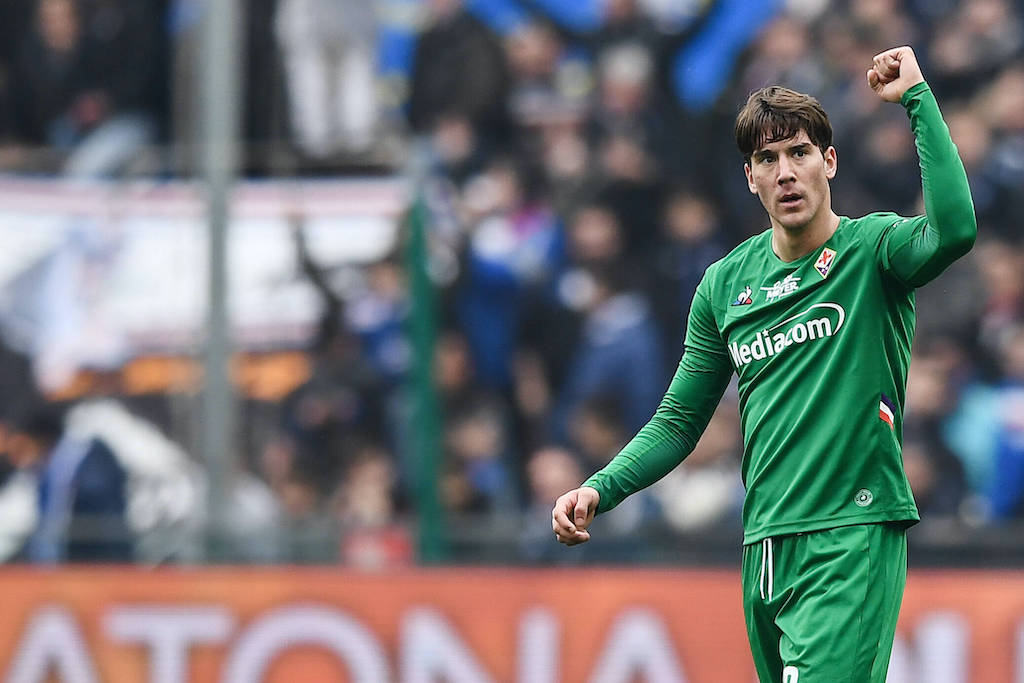 GdS: Fiorentina-Milan has a sub-plot – Rossoneri to scout striker as Pioli declares admiration

AC Milan will get a chance to see Dusan Vlahovic first hand today in their game against Fiorentina amid interest in signing the striker this summer.

The Rossoneri are understood to be in the market for a young centre-forward who could come in during the upcoming transfer window and be a deputy to Zlatan Ibrahimovic, learning from the Swede and allowing him to manage his workload before taking the baton off him when he retires.

Among the various other sub-lots to Milan’s game against Fiorentina today, La Gazzetta dello Sport (via MilanNews) writes that Vlahovic is definitely one of them, as the Serbian forward is a player whom the Rossoneri ‘like so much’.

He has 12 goals in Serie A so far this season and netted a hat-trick against Benevento recently, with the paper noting that some continue to compare him to Ibrahimovic in his style of play. Not only that, but Pioli – who coached the 21-year-old while he was with La Viola – confirmed his admiration for the player.

“Nikola is an incredible worker. He is an excellent centre-forward but he is young and I would be careful with comparisons. I hope he continues to do well, after the next game,” he said.