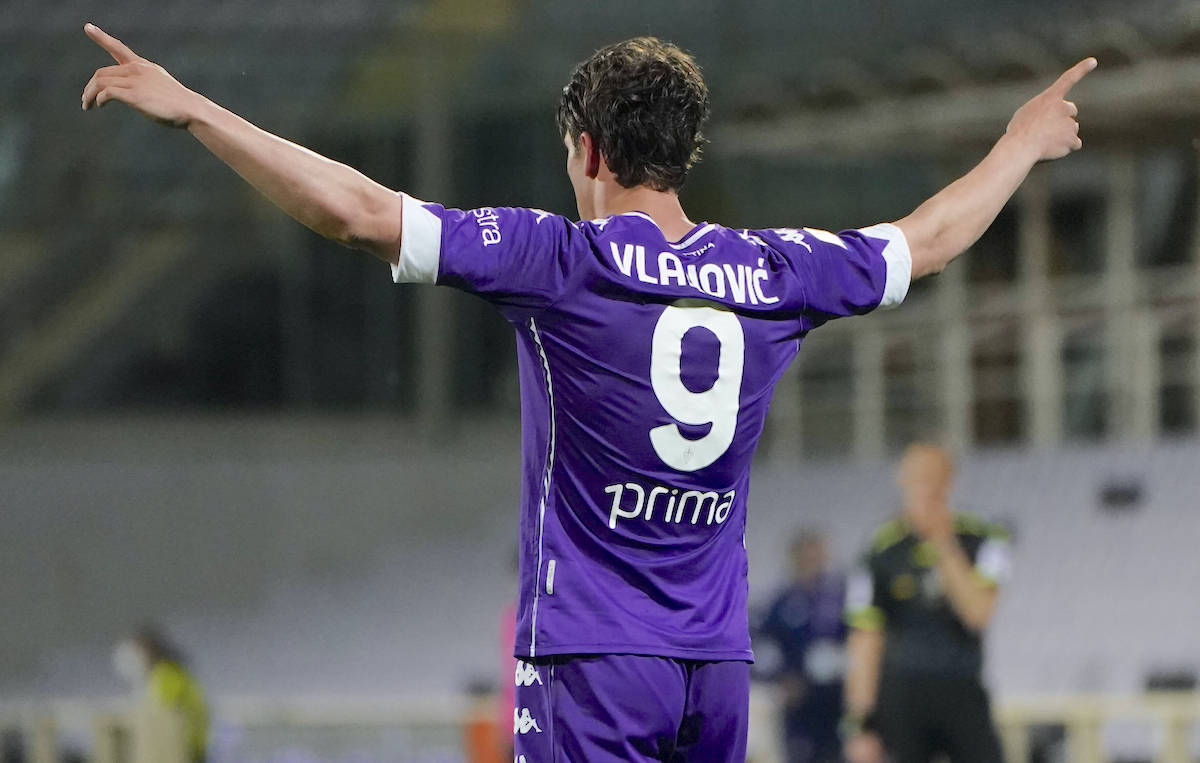 GdS: Fiorentina star Vlahovic is Milan’s first choice for the attack – the situation

It’s not exactly a secret that Milan are looking to reinforce the squad with a striker this summer, as Zlatan Ibrahimovic can’t play every game. Several names have already been linked with the club, including Dusan Vlahovic.

Not only is Ibrahimovic 39 years of age, but he has also struggled with injuries this season and Milan have struggled without a proper striker. They won’t make the same mistake for next season, which is why a signing is on the cards.

According to today’s edition of Gazzetta Dello Sport (via MilanNews), Fiorentina star striker Vlahovic is the first choice for Milan. The Serbian has impressed everyone this season, with 21 goals in the league, but there is a problem.

It’s clear that Rocco Commisso, the president of Fiorentina, would like to keep the striker and if he’s to be sold, then the price tag will be high. It remains to be seen if Milan will make a serious attempt to sign Vlahovic, therefore.