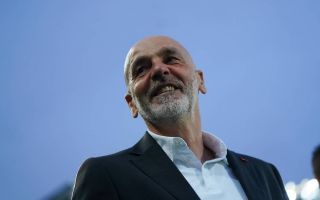 Stefano Pioli deserves immense credit for his work as AC Milan boss, and La Gazzetta dello Sport have elaborated on the key points of his tenure so far.

As the website writes, empathy is ‘probably the pivotal aspect’ as Pioli arrived and inherited a squad with the lowest average age in the league but one that was struggling psychologically after a disastrous start to the season under Marco Giampaolo. Pioli managed to make everyone feel part of the project, even if Hauge has played a lot less and others have obvious roles as depth players.

During lockdown last year the team were forced to train from home via a video call – a situation that theoretically represented the death of the social nature of the dressing room – but instead Pioli managed the situation well and the team spirit grew.

La Gazzetta also mentions how Pioli was a master at keeping the team calm, even in situations where anyone in his place would have lost their composed exterior such as during the Ralf Rangnick saga and in the 2021 struggles. Pioli always worked calmly, transmitting it to the team and allowing them to take the field without feeling the pressure. Zero alibis, zero excuses – just hard work.

It is not just the psychological aspect though, as Pioli deserves credit from a tactical point of view as well. First he experimented with 4-3-3, then he moved on to 4-4-2 but within a few weeks he settle on the 4-2-3-1 which he has stuck with. The wingers often cut inside, the centre-forward moves around and the full-backs play high. In short, Milan now have a clear identity.

Records are a testament to this too, as yesterday was away victory number 16 for the Rossoneri – the most in Serie A history. Milan managed 27 straight games without defeat in the league and 17 consecutive games with at least 2 goals scored per game.

Finally, his relationship with Ibrahimovic has been another driving force. Pioli was humble and wise enough to let the Swede be the leader even in times when he seemed more like a coach than a player. Other coaches would not have allowed it, but Ibra and Pioli seemed a great fit from the start.

READ MORE: Milan improve tally from 2019-20 in almost every area this season – the data