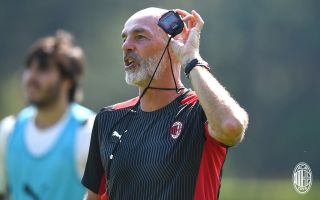 GdS: From formation to midfield options – Milan start the new season with certainties and doubts

The Serie A 2021-22 is not far away as there are now 11 days until AC Milan kick off their campaign against Sampdoria on August 24.

La Gazzetta dello Sport (via PianetaMilan) tries to take stock of the situation, highlighting the doubts and certainties of Stefano Pioli’s team heading into the new campaign.

The first thing they highlight is that the attacking midfielder position is both a doubt and a certainty within itself, as Brahim Diaz has renewed his loan at the club to give some continuity and has showed good signs in preseason, but there is the uncertainty about who could arrive to replace Hakan Calhanoglu as a new signing and whether they will instantly jump the Spaniard in the hierarchy.

Another uncertainty derives from the fact that Pioli is also working to find alternative solutions on a tactical level as he is persistently trying the 4-4-2 with the aim of having Zlatan Ibrahimovic and Olivier Giroud co-exist when both are available. Even the 4-3-3 could be an idea for the Rossoneri, but then there is the certainty of how effective the 4-2-3-1 system is and the double pivot of Franck Kessie of Ismael Bennacer.

One thing is definite: in a summer where many big teams have changed their coaches, Milan are restarting knowing they have a solid group that has been working together for some time.