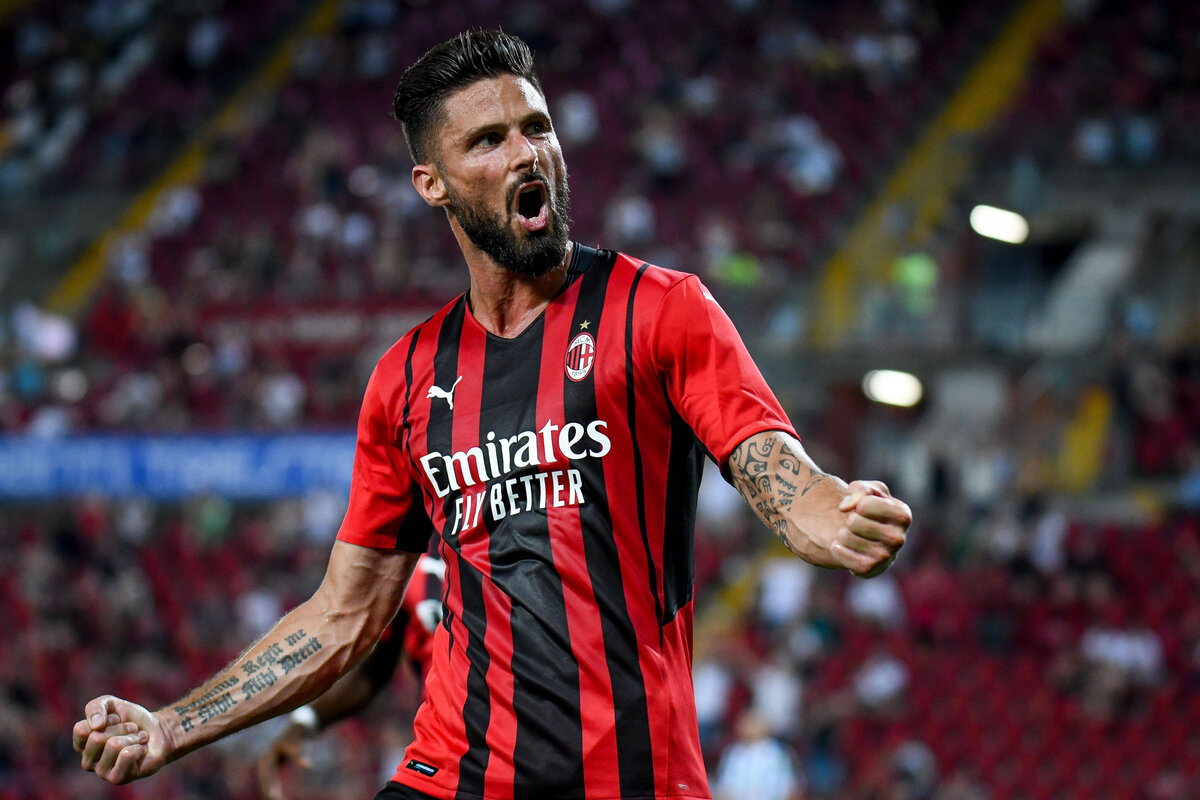 GdS: Giroud becoming a protagonist of this Milan side – a brace and tactical changes

Olivier Giroud has started his adventure with AC Milan in the best way possible, having scored three goals during pre-season with the No.9 on his back. Indeed, he’s becoming a protagonist for this Rossoneri side.

As highlighted by Gazzetta Dello Sport (via MilanNews), with Zlatan Ibrahimovic out injured, Giroud further cemented his spot with a brace last night. He’s becoming a protagonist of this team and rightfully so.

The Frenchman should start in the season opener against Sampdoria and in addition to his goalscoring, there is one more sign of his success. Yesterday, Stefano Pioli tested a 4-4-2 formation, perhaps to be ready for when Ibrahimovic returns.

Without an attacking midfielder, Giroud was able to drop down more and his hold-up play was very impressive. It remains to be seen if Pioli will use this formation against Sampdoria as well, but it’s clear that Giroud has impressed him a lot.

READ MORE: Scaroni explains Super League project has been ‘set aside’ by Milan and debates future