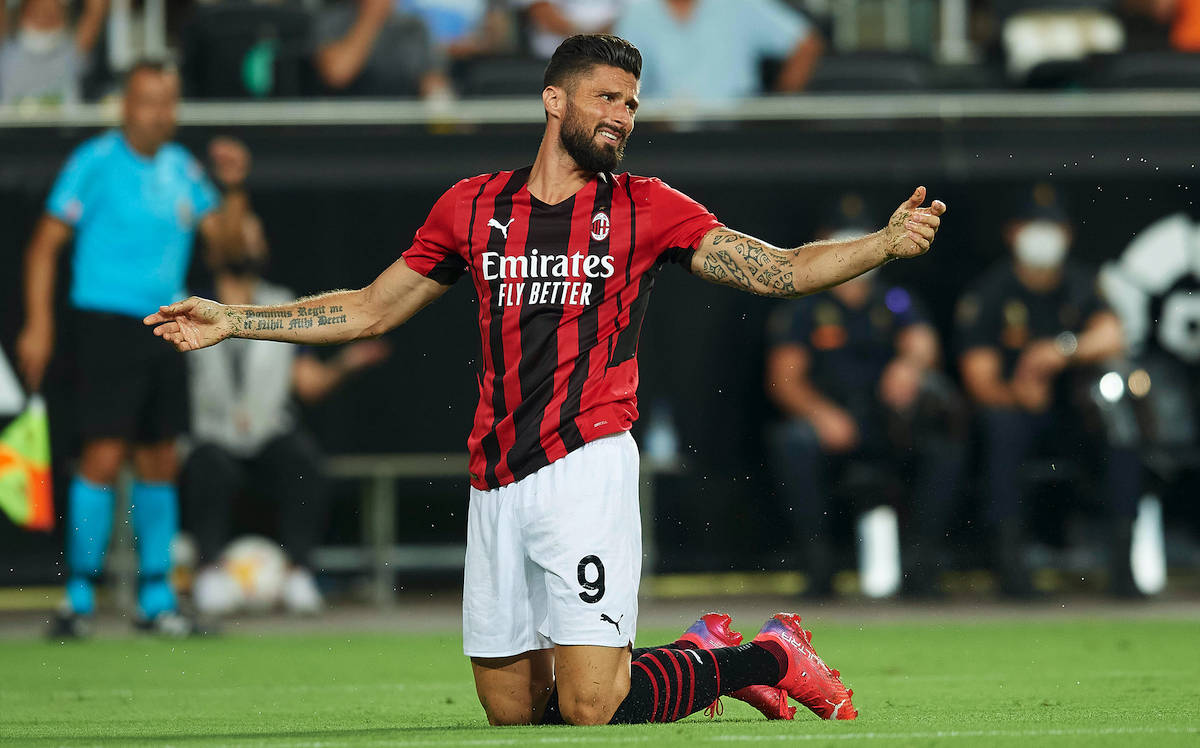 GdS: Giroud not at Milan to be a back-up as Pioli studies alternative formation

Olivier Giroud did not come to AC Milan to be a back-up and instead wants to fight to earn a starting spot, according to a report.

As reported in today’s edition of La Gazzetta dello Sport (via MilanNews), Giroud did not come to Milan to make be second best and that is why Stefano Pioli – having been very impressed by the Frenchman so far – is working on an alternative system to 4-2-3-1.

He is looking at one which includes the presence of two strikers on the field, such as the 4-4-2. For the time being Rebic is operating alongside the Frenchman, who is not a pure centre-forward, but is the closest there can be. Then, when Ibrahimovic returns, Milan will cotninue using the 4-2-3-1 formation but could switch to two strikers when the occasion is right.

At the moment the only issue is who would play as a left-sided midfielder given Rebic and Leao are more used to playing as wingers and Pioli knows this well. Everything could change if an adaptable attacking midfielder emerged from the market, such as Hakim Ziyech.

READ MORE: Milan not giving up on €30m striker and eye free transfer as Ibrahimovic replacement